Responsible to: Police and Crime Commissioner

Location: The Office of the Police and Crime Commissioner
(Currently located at 3 Northgate Street, Warwick). 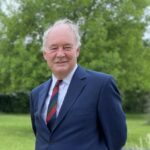 I am seeking a Deputy Police and Crime Commissioner to assist me in the execution of my role as detailed in the information below. I welcome applications from individuals experienced in working at a strategic level, who are committed to listening to and working on behalf of residents.

Some knowledge of policing and governance is required, but I am also seeking a candidate in whom I can have confidence on their ability to represent our office and engage with the force, partners and the public effectively.  The successful candidate will share my values and aspirations for policing in Warwickshire

If you are interested in this role please contact my office, via the Chief Executive, Polly Reed on polly.reed@warwickshire.police.uk or 01925 733523, and I would be happy to have a conversation with you.

The Police Reform and Social Responsibility Act 2011 (the Act) provides, under section 18(1), that the police and crime commissioner for a police area may appoint a person as the deputy police and crime commissioner for that area.  The Act states which of the PCC’s functions can be carried out by the Deputy PCC and which cannot.  The PCC cannot delegate:

The PCC can delegate all of his other functions, but the following can only be delegated to the Deputy PCC:

The PCC does not at this stage intend to formally delegate any of these functions.

This is a list of the types of activities the post holder will carry out. It will be subject of discussion with the successful candidate and may evolve over the course of the PCC’s term of office. The post holder may undertake additional duties arising from changing circumstances but which do not change the general character or level of responsibility of the post.

The post holder must live in Warwickshire and be able to travel extensively around the County and must have flexibility in their schedule to allow for occasional evening and weekend engagements.

Under section 18(10) of the Police Reform and Social Responsibility Act 2011 (“the Act”) the Deputy PCC (DPCC) is a member of the Commissioner’s staff, and therefore they will have a contract that will generally reflect those of the remainder of the PCC’s staff.  Schedule 1 8-10 of the act details the appointment criteria for a DPCC, with Appendix A detailing those who would not be eligible to take up the role.  Given that one of the functions of the DPCC will be to provide continuity and contingency if the PCC were unable to fulfil his role, the list of exclusions for PCC candidates is also listed, and the proposed DPCC will need to be a resident of Warwickshire.

Other legal details about the role include:

The deputy police and crime commissioner

(a) a person who has not attained the age of 18 on the day of the appointment;

(b) a person who is subject to a relevant disqualification;

(c) a Member of the House of Commons;

(d) a member of the European Parliament;

(e) a member of the National Assembly for Wales;

(f) a member of the Scottish Parliament;

(g) a member of the Northern Ireland Assembly.

(4) Section 7 of the Local Government and Housing Act 1989 (appointment of staff on merit) does not apply to the deputy police and crime commissioner.

(6) For the purposes of this paragraph, a person is subject to a relevant disqualification if the person is disqualified from being elected as, or being, a police and crime commissioner under—

Disqualification from election or holding office as police and crime commissioner: police grounds

(1) A person is disqualified from being elected as, or being, a police and crime commissioner if the person—

(i) the British Transport Police Force;

(c) is a special constable appointed—

(i) under section 27 of the Police Act 1996 for a police area or the City of London police area;

(d) is a member of staff of the chief officer of police of any police force maintained for a police area;

(i) a police and crime commissioner;

(ii) the Mayor’s Office for Policing and Crime;

(f) is the Mayor of London;

(g) is a member of the Common Council of the City of London or a member of staff of that Council in its capacity as a police authority;

(h) is a member (including a member who is chairman or chief executive), or member of staff, of—

(i) the British Transport Police Authority;

(i) a local policing body;

(iii) the chief officer of police for any police force maintained for a police area or the City of London police area;

(iv) the chief officer of police for any police force mentioned in paragraph (b).

Disqualification from election or holding office as police and crime commissioner: other grounds

(1) A person is disqualified from being elected as, or being, a police and crime commissioner unless the person satisfies the citizenship condition (see section 68).

(3) A person is disqualified from being elected as, or being, a police and crime commissioner if—

(a) the person is the subject of—

(iii) a bankruptcy restrictions order under paragraph 1 of Schedule 4A to that Act;

(iv) a bankruptcy restrictions interim order under paragraph 5 of that Schedule;

(c) the person has been convicted in the United Kingdom, the Channel Islands, or the Isle of Man, of any imprisonable offence (whether or not sentenced to a term of imprisonment in respect of the offence); or

(d) the person is incapable of being elected as a member of the House of Commons, or is required to vacate a seat in the House of Commons, under Part 3 of the Representation of the People Act 1983 (consequences of corrupt or illegal practices).Citizenship condition (Section 68 Police Reform and Social Responsibility Act 2011)

(1) This section applies for the purposes of section 66.

(2) A person satisfies the citizenship condition if the person is—

(a) a qualifying Commonwealth citizen,

(b) a citizen of the Republic of Ireland, or

(c) a citizen of the Union.

(a) is not a person who requires leave under the Immigration Act 1971 to enter or remain in the United Kingdom, or

(b) is a person who requires such leave but for the time being has (or is, by virtue of any enactment, to be treated as having) indefinite leave to remain within the meaning of that Act.

(4) But a person who does not require leave to enter or remain in the United Kingdom by virtue only of section 8 of the Immigration Act 1971 (exceptions to requirement for leave in special cases) is not a qualifying Commonwealth citizen by virtue of subsection (3)(a).