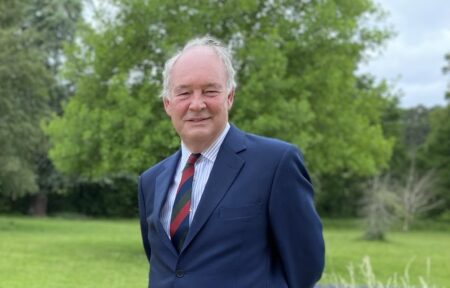 Philip Seccombe was first elected as the Warwickshire Police and Crime Commissioner in 2016 and re-elected for a second term in May 2021.

He was born in Birmingham and was educated at Rugby School before going onto study Estate Management at The Royal Agricultural College. A chartered surveyor by trade, Philip has a strong grounding in public life, having been a Conservative councillor on Stratford-on-Avon District Council between 2002 and 2017.

His key priorities are to maximise the numbers of police officers serving the county, while also ensuring victims and witnesses are at the heart of the criminal justice system.  He has pledged to deliver a balanced budget, ensuring policing is well-funded but also delivers value for taxpayers and does not spend more than it receives.

Nationally, Philip represents the Association of Police and Crime Commissioners as a Director of Bluelight Commercial and on the Road Safety Trust. He has previously served as the chair of the Emergency Services Collaboration Working Group and the lead of the APCC portfolio group on emergency services collaboration.

Visit our Contact Us section to get in touch with Philip