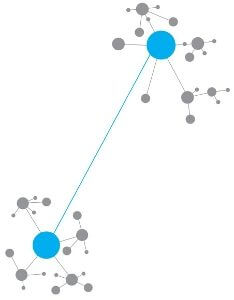 Warwickshire Police operated in a strategic alliance with West Mercia Police from 2012-2020, with many services delivered jointly across each policing area.

One of the prime catalysts for the alliance was the necessity for the two forces to reduce their costs by £35 million as part of the government’s comprehensive spending review. However, it was also recognised that the benefits for both forces were far broader than financial, including delivery of greater operational and organisational resilience, protecting frontline policing resources and ensuring processes were lean and more effective.

In October 2018, the Chief Constable and PCC of West Mercia announced that they were terminating the alliance agreement with effect from October 2019.  The Home Secretary subsequently directed that the alliance should continue for a further six months to provide additional time for the two forces to transition their service provision to their future independent states.

The alliance formerly came to end in April 2020, when the two forces reached a financial settlement.

This page documents the governance meetings that took place under the alliance, as well as the new arrangements which have been put in place during the transitional period.

Since the termination of the alliance was announced, a new strategic meeting has been established to discuss governance issues as the two forces transition to their post-alliance states.  The Alliance Transition Governance Group (ATGG) consists of the PCC, his counterpart in West Mercia, their respective Chief Executives and Chief Officers within the two police forces.

Below you can find the published minutes of these meetings.  Minutes are published once ratified at the subsequent meeting:

Previously, the Alliance Governance Group met on a monthly basis to discuss issues and make decisions related to how the alliance of the two police forces worked.

Below you can find the published minutes of those meetings, commencing May 2016.