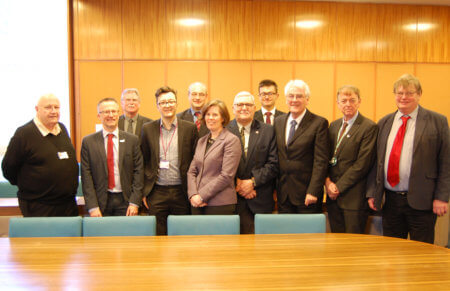 The Warwickshire Police and Crime Panel has been established to scrutinise and support the work of the Commissioner. The Commissioner is required to consult with the Panel on his plans for policing, as well as the precept (the money collected from council tax for policing) and certain key appointments.

Warwickshire County Council is the host local authority for the Panel and will provide administrative and other support to the Panel and its members. Details of meetings of the panel and links to meeting agendas and associated papers are available by clicking here.

Roles and Responsibilities of the Panel

The Panel’s powers include:

For more information visit the Police and Crime Panel Page of the Warwickshire County Council website.

Reports to the Police and Crime Panel

The Commissioner provides the Panel with a detailed report on progress towards the aims of the Police and Crime Plan at each meeting.  The reports can be found below: