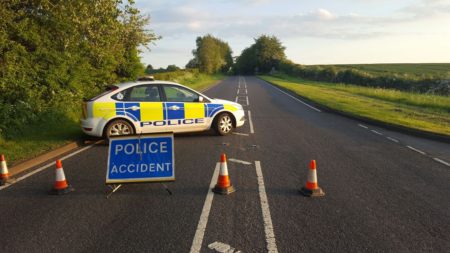 Reducing the numbers of casualties on the county’s roads and ensuring they are safe for all users is a key commitment of Philip Seccombe’s Police and Crime Plan for Warwickshire.

While road casualties have been reducing regularly across the whole of the United Kingdom over a number of years, recent evidence would suggest that this trend may be reducing.

In Warwickshire, between 1 January 2017 and 31 December 2019, 92 people were killed and 669 seriously injured in collisions where speed or loss of control was recorded as a contributory factor .

With rising populations and an increasing volume of traffic on our roads, the overall number of collisions has actually increased – up 5% on 2018, though the majority saw only slight damage and no injuries caused.  However, through collective effort to increase roads safety awareness, the past year has seen a reduction in those killed on our roads, though it remains the case that 28 people lost their lives during 2019 and any death is one too many.

Looking ahead, it is a fact of life that traffic volume has grown on our road networks. Driver behaviour it seems has too often become more risky. There are new threats to battle. Drug-related driving and distraction by mobile devices are typical and now well documented. Modern day pressures and economic life it seems can cause drivers and road users to make wrong decisions, especially in relation to speed management. Particularly in Warwickshire we have new housing development and the arrival of HS2, which will add extra pressures to our roads infrastructure.

To combat these issues, the Commissioner is working closely with the police and other other partners and organisations who engage and specialise with road safety work. Such agencies include the Department for Transport, National Police Chiefs Council, Warwickshire County Council, district and borough councils in Warwickshire, Warwickshire Fire and Rescue Service, Highways England and Brake. The Commissioner also chairs the Warwickshire Road Safety Partnership, which looks to ensure that road safety is always a priority in Warwickshire and is supported and endorsed at a strategic level.

In 2019 tragically, 28 people died on Warwickshire roads while many more were seriously injured – this is a casualty rate that should not be accepted and I am committed to trying as hard as I can to reduce these statistics and the associated terrible human cost.  With the road safety funds that I have available I am determined to work with our partners and achieve the correct blend of education, enforcement and engineering initiatives to make our roads safer. These initiatives are always considered and formulated following careful analysis of roads policing intelligence and collision data. I will always be evidence-led to ensure that funds I invest on behalf of Warwickshire communities and road users stands the greatest chance of success. 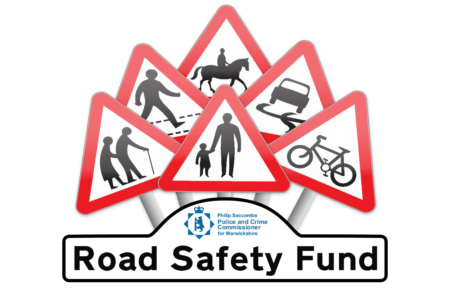 Warwickshire Police and Crime Commissioner (PCC) Philip Seccombe has launched a £500,000 grant fund for initiatives tackling road safety, as part of his commitment to reduce the numbers of people killed and seriously injured on the county’s roads.

The grant scheme supports both established and new service providers.