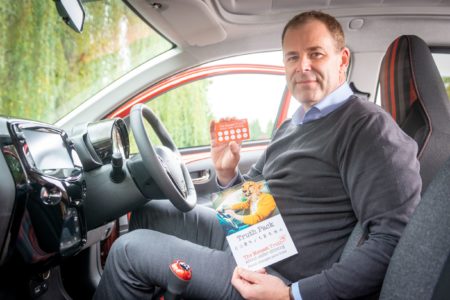 Four young people aged 17-25 were killed and 66 were seriously injured on Warwickshire’s roads in the year 2018. An additional 267 of Warwickshire’s 17-25 year old’s suffered slight injuries in road related incidents.

Warwickshire Police Inspector Jem Mountford said “Our younger drivers are over represented in our road casualty statistics and it is important we support innovative schemes like The Honest Truth to help reduce these numbers. We want to work with Approved Driving Instructors as they are in the unique position of reaching young drivers when they are in the learning state of mind.”

We know from statistical evidence that the majority of those KSIs (killed and seriously injured) involving new and young drivers, aren’t as a result of poor driving skill. In other words, the mirror-signal-manoeuvre technical skills taught by driving instructors and required to pass a driving test aren’t so much of an issue as the lack of decision-making skills and understanding of the dangers faced by new drivers. The Honest Truth project helps to make young drivers aware of the risks when they start to drive alone.

Warwickshire Police and Crime Commissioner Philip Seccombe said “Working with Approved Driving Instructors provides a unique opportunity to reach new drivers in Warwickshire at a key point in their driving career, when they are still learning and receptive to new information.

“Approved Driving Instructors can use The Honest Truth to provide a targeted road safety initiative to learner drivers during their lessons to help people stay safer on Warwickshire’s roads.”

As well as teaching a young person to drive, Approved Driving Instructors can use The Honest Truth to also teach the essential life skills that new drivers need when first driving on their own, enabling new drivers to make the right decisions when it matters. By learning about ‘The Honest Truth’ new drivers are given the confidence to challenge inappropriate behaviour by passengers and make the small changes necessary to stay safe.

Although Approved Driving Instructors are under pressure from learners to get them through their tests as quickly and as cheaply as possible, The Honest Truth works in collaboration with driving instructors so that vital road safety education can be conveyed effectively, within just a few minutes per lesson.

Additionally, today sees the start of an outdoor campaign from road safety project The Honest Truth focussing on risky driving behaviours. Billboards are starting to appear around the county using striking animal head imagery to highlight the consequences of drink driving.

Annette Lloyd, Head of The Honest Truth said, ‘We are delighted to have been awarded funding to deliver our road safety project to young drivers and are now asking driving instructors across Warwickshire to get involved in the project. The road safety guidance we provide is simple to use and easy to deliver to their students. But, it could have an incredible impact long term on the safety of those young drivers.”

If you are interested in becoming an Honest Truth Approved Driving Instructor in Warwickshire please email info@thehonesttruth.co.uk.
Note to Editors

Please find additional statistics below
• There is a body of evidence identifying that young drivers aged 17-24 are over represented in Killed and Seriously Injured (KSI) data.
• Young drivers in the 17-24 year old age group are at much higher risk of crashing than older drivers.
• Drivers aged 17-19 years old only make up 1.5% of UK licence holders but are involved in 9% of fatal and serious crashes where they are the driver.
• Source for the above stats: Brake/Reported road casualties Great Britain 2014, Dept for Transport, 2015, table RAS30011.
• Drivers aged 16-19 are a third more likely to die in a crash than drivers aged 40-49. (Source Brake/Reported road casualties Great Britain 2014, Dept for Transport 2015 table RAS30025)
• One in four 18-24 year olds (23%) crash within two years of passing their driving test.
• In Warwickshire there are around 8,500 test passes each year and each Approved Driving Instructor sees about 40 students per year.
• There are more than 2000 THT instructors nationwide
• There are thought to be approximately 200 ADI’s in Warwickshire

The Honest Truth is evidence based and pre and post evaluation of the campaign will be carried out by road safety experts Agilysis. http://agilysis.co.uk/
The Honest Truth became part of FirstCar from September 1st 2019, prior to that it was a charity. https://www.thehonesttruth.co.uk/the-honest-truth-project-continues-with-firstcar/