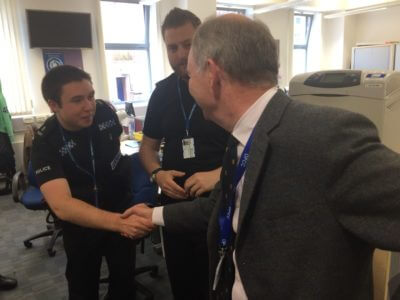 Warwickshire’s Police and Crime Commissioner has hailed the county’s two Justice Centres as “extremely impressive”, saying they are the envy of many other parts of the country.

Philip Seccombe has concluded visits to the centres in Leamington and Nuneaton, which combine court and police facilities in a single building, alongside accommodation for victims’ support services and other partners.

During his visit to Leamington last week he met officers involved in neighbourhood policing, youth engagement and criminal investigation, as well as front counter staff and Special Constables.  He also sat in on the daily operational briefing, to help gain a wider understanding of challenges of policing the county.

He then met officers and staff based at the Nuneaton Justice Centre on Wednesday (15 June), as well as joining the Nuneaton South Safer Neighbourhood Team on patrol in Camp Hill, Hill Top, Kersley, Bedworth, Abbey and Central areas.  While at the Justice Centre he also briefly toured the police custody suite, met with the Off-Road Bike Team and visited the offices of Victim Support.

Following the visits, he said: “I have been very impressed with Warwickshire Justice Centres at Nuneaton and Leamington and I know they are something many other counties across the country wish they had.  Bringing the police, partners and wider criminal justice and victim support agencies under one roof in this way is hugely beneficial and allows for much better collaborative working, as well as helping to reduce bureaucracy and make efficiency savings.

“I was also pleased to be able to go out on patrol while I was in Nuneaton, so I could see for myself the work that the Nuneaton South Safer Neighbourhood Team are engaged with in the local area.

“Having strong and visible neighbourhood policing to deter crime and reduce the fear of crime is something that I strongly believe in.  It will feature strongly in my Police and Crime Plan as I am keen to ensure that locally-focused officers continue to be a very visible part of communities across Warwickshire so that people feel safer and more secure,” added Mr Seccombe.

The Commissioner will be continuing his tour of policing facilities across the county in the next few weeks, with visits to the police stations in Rugby and Stratford-upon-Avon as well as the control room at Leek Wootton.  He is also arranging to join officers patrolling the night-time economy in other parts of the county. 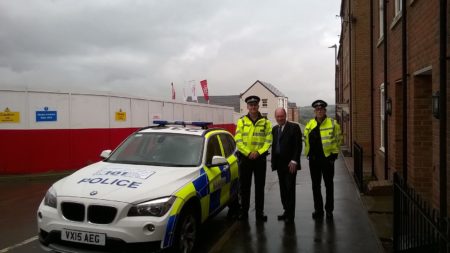 On patrol with PC Dave Dyde and PC Andy Morrissey. 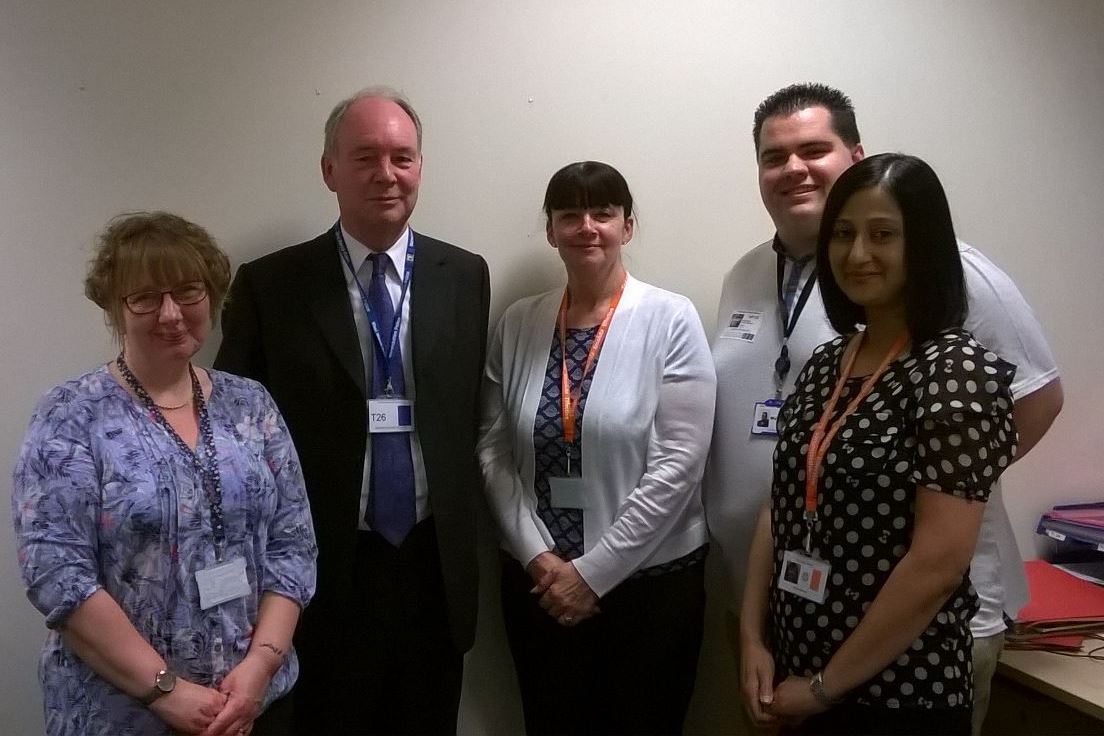 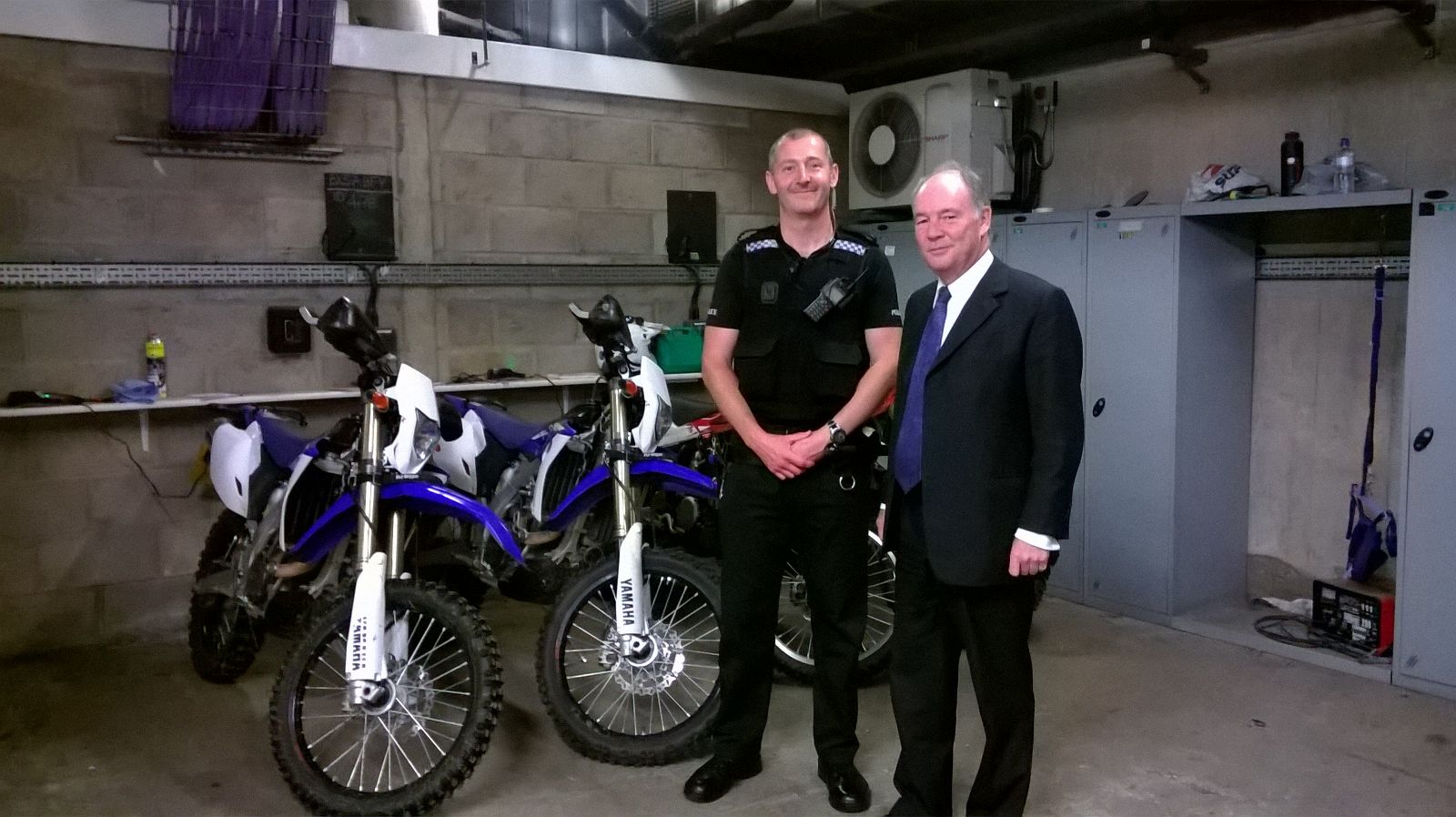 PC Andy Morrissey and the Off Road Bikes, which were funded by the PCC, at Nuneaton.