Vehicle thieves beware – police may be tracking you! 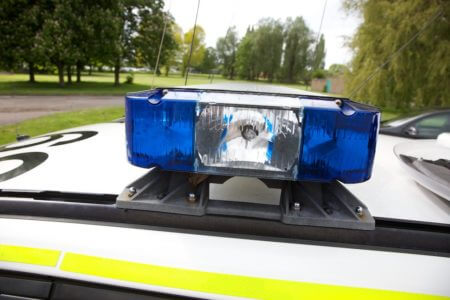 Warwickshire Police is using tracking devices as part of a strategy to deter rural crime and vehicle theft.

Working closely with Stratford District Council, the National Vehicle Crime Intelligence Service (NAVCIS) and NFU Mutual, farm vehicles fitted with tracking devices have been deployed to a number of locations in rural areas of South Warwickshire to help locate ‘would be thieves’, following a number of reported thefts.

PC Craig Purcell of Shipston Safer Neighbourhood team said: “We are committed to working with our partner agencies across the region to combat rural crime.

“Fitting various vehicles and items of farming equipment with modern trackers can help apprehend people attempting to steal from rural locations, and can also be invaluable in preventing and deterring crime in the first place.

“We are publicising these tactics to send a clear message to anyone who is considering stealing from a rural location; we have the means and the technology to locate you and we will continue to use it.

“I would also like to reassure local communities that we are committed to proactively tackling any offenders suspected of operating in the area.

“A 42-year-old man from Shipston-on-Stour has been arrested on suspicion of theft of a motor vehicle following an incident in Honington on 16 July and has been released under investigation.

“A 58-year-old man from Shipston-on-Stour has been arrested on suspicion of theft following an incident in Whatcote on 17 March and has been released under investigation.”

As well as the use of vehicles with tracking devices, Rural Crime Co-ordinators Bob Church and Lucy Lambert have been working with the local agricultural community across South Warwickshire to help farms improve their security, providing practical advice and guidance as well as being able to loan out security equipment for trial.

Warwickshire Police and Crime Commissioner, Philip Seccombe said: “I’m delighted to hear of the success of the tracking devices in being able to help the police tackle rural crime. Getting the message out that such tactics are being used successfully is important to being able to deter crime and vehicle theft, hammering home the message that Warwickshire should not be seen as a soft touch for rural crime. The Rural Crime Co-ordinators I fund have a wealth of knowledge and experience to help farms and rural business do more to protect themselves from crime. I’d urge people in rural areas to contact them through Rural Watch to find out more.”