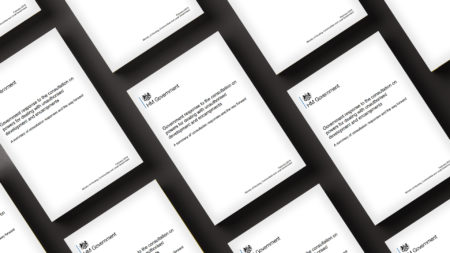 Home Secretary Sajid Javid this week set out draft measures aimed at making it easier for police officers to intervene and remove travellers from land they should not be on.

The Home Secretary will also consider making it a criminal offence to set up such camps, which are currently defined in law as trespassing, a civil matter.

The Home Office will also consult on proposals to amend the Criminal Justice and Public Order Act 1994 to:

In addition, the Ministry for Housing, Communities and Local Government (MHCLG) announced it will provide local authorities with practical and financial support to handle unauthorised encampments.

Welcoming the announcements, Mr Seccombe said: “There is no doubt that unauthorised traveller encampments continue to cause considerable concern and disruption for residents and the business community here in Warwickshire. The county continues to experience regular encampments at considerable cost to local taxpayers, which the police and local authorities already work hard to deal with, within the constraints of the existing legislation.

“Providing additional powers to move on encampments from the roadside and lowering the number of vehicles needing to be involved in an illegal camp before police can act will help broaden the toolkit that the police and local authorities have at their disposal to effectively manage encampments.

“At the moment, the authorities are very often involved in a game of cat-and-mouse as encampments are moved from one part of the county to another, often returning to the same sites on a continual basis.  Extending the exclusion period from three months to a year may make this easier for the authorities to manage encampments in a justified, proportionate way which better suits each individual situation.

“The real knub of the issue, however, is the current lack of suitable stopping sites for travellers, which is very much a two-fold problem; a smaller supply of legal places to stop inevitably will lead to greater numbers of unauthorised encampments, but also means there are fewer places to which the police can use their powers of redirection, blunting the effectiveness of their response.

“The proposals therefore to give the police the ability to direct travellers to suitable sites in neighbouring local authorities may be helpful in the shorter term, but the ultimate aim must be to encourage the development of greater numbers of transit sites in all areas.

“This will be to the benefit of both the travelling community – the vast majority of which are law-abiding – and also to permanent residents, through the reduction of unauthorised encampments.  Additional powers and support to enable local authorities to achieve this are a key part of solving the difficulties caused by unauthorised encampments and would greatly support the partnership working which is well-established here in Warwickshire.”

The Government announcement comes as the Police and Crime Commissioner is finalising plans for a county summit meeting to examine the progress that has been made in tackling the issue of unauthorised encampments.  This will build on the summit held in 2016, which resulted in the development by the PCC of the ‘Warwickshire Protocol’ for dealing with unauthorised traveller encampments, which is increasingly seen as best practice around the country.

The PCC will also be responding to the Government’s latest consultation and is encouraging all local authorities in Warwickshire to do likewise.