Stop Rape Now aims to get people talking about consent 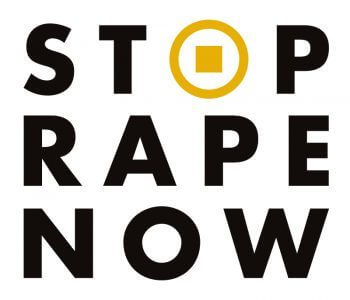 Under the banner of “CNOSENT, don’t mix it up” the latest phase of the campaign is targeting 18 to 24 year olds, with the aim of informing and educating them with the knowledge to make the right choice when faced with a sexual situation.

Detective Chief Inspector Alison Davies leads on rape and serious sexual assaults for Warwickshire Police.  She said: “The issue of consent is very topical and something which is often in the public eye.  The “CNOSENT, don’t mix it up” phase encourages young adults to engage in an open conversation about consent.”

The campaign will outline various scenarios where consent has not been given, but may have been wrongly presumed, and makes clear that sexual consent is something which should never be presumed.

DCI Davies added: “Some young people find the issue of consent confusing and we hope that this campaign clarifies that consent is actually very simple.  Consent is required each and every time sexual activity occurs and any kind of sexual activity without the person’s consent is an offence.

“Our advice to anyone who is unsure when faced with a sexual situation is to always stop and ask if your partner is completely happy to continue before proceeding.”

The launch of the refreshed campaign coincides with Sexual Abuse and Sexual Violence Awareness Week which is a national campaign to raise awareness of the various support agencies available to both men and women who have been affected by abuse.

DCI Davies said: “We know that rape and sexual offences are largely under reported by both men and women and as a part of this campaign we want to encourage anyone who has been a victim to seek help.  There are a host of support agencies available across Warwickshire for anyone who has been a victim and it is important to take this opportunity to highlight that approaching the police is not a victims only option.”

Rape and sexual offences are very serious crimes and those who commit them could face a life sentence.  Rape is never the victims fault and anyone who has been a victim of an offence is encouraged to seek help and support. If you choose to come forward to police, you will be supported by specially trained officers and independent advisors throughout the process.

Anyone who is not comfortable approaching the police can access help through a range of additional support agencies, details of these can be found on the Get Help section on the Stop Rape Now website.