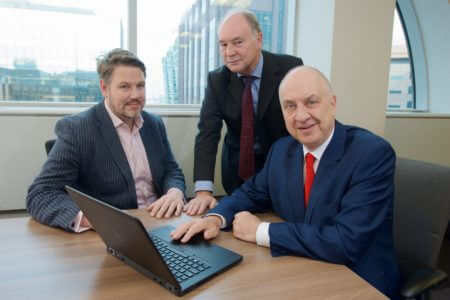 The Police and Crime Commissioners for Warwickshire, West Mercia and the West Midlands have joined together with Warwickshire County Council and partners today to launch the second annual cyber crime survey to assess the impact online crime is having around the region.

The West Midlands and West Mercia Police and Crime Commissioners have now joined the survey that originated in Warwickshire last year.

The cyber crime survey is being run jointly by the three PCCs and the county council. The survey will ask people to share their experiences of online crime through via 36 questions. The information will help Police and Crime Commissioners get a better picture of online crime in their areas and shape services accordingly.

Last year, there was a very high response rate to this survey, which found the following:

Last year’s survey also suggested that 82,200 people fell victim to online crime in the last 12 months in Warwickshire alone, while nearly a quarter of a million people in the county felt at risk online. Worryingly, around 2.4 percent of the respondents to the first survey had no idea to protect themselves online.

This latest survey will seek to examine how the picture has changed across the region over the past 12 months and whether residents are more aware of the dangers that can be posed online and the things they are able to do to minimise these risks.

Philip Seccombe, Police and Crime Commissioner for Warwickshire, said: “Fraud and other offences committed via the internet are now among the most common types of crime that people fall victim to, as criminals have increasingly shifted their focus to an online, digital world. Tackling this growing area of crime is something that Warwickshire Police and partner agencies are fully committed to and there is continuous work to shape the current and future policing response to cyber-enabled crime.

“Warwickshire Police has launched the #BeCyberSmart campaign with West Mercia Police to raise awareness of the practical steps people can take stay safe online and tackling cybercrime is also major part of my Police and Crime Plan. Among a range of other initiatives, I have funded two cybercrime advisors off the back of last year’s survey results. Employed by Warwickshire County Council, the advisors are going out delivering key messages to vulnerable communities to help increase awareness of online safety.

“This second annual survey is another excellent opportunity to help promote the simple ways in which people can increase their cyber security.  I’m delighted that we are able to work together as a region to look at this issue and I hope to see a good response from all areas.”

“I am pleased we are coming together to tackle this issue. Crime is changing not falling and cyber crime is an increasingly important issue that affects individuals and businesses alike.

“As well as getting a better picture of how it impacts people across the region we also will be promoting preventative measures that in many cases will protect people from cyber crime.

“My Assistant Commissioner Ashley Bertie heads up cyber crime in the West Midlands force area and over the coming months he will be leading on a series of events to help individuals and businesses protect themselves online.”

John Campion, West Mercia’s Police and Crime Commissioner, said: “Cyber is an emerging area of crime and it is important to understand how it is impacting our communities if we are going to be effective in tackling it. This survey will help ensure we listen to our communities and can focus our work on the biggest priorities. We must have an agile, dynamic approach to cyber crime though to ensure our work keeps pace with new cyber threats.”

Councillor John Horner, Warwickshire County Council Portfolio Holder for Community Safety, said: “The scale of cyber crime in Warwickshire uncovered by last year’s survey was truly shocking. While we hear the term frequently these days and most people have been aware that it is a growing threat, the numbers of victims uncovered by the survey show that cyber crime is something that has the potential to affect everyone.

“Cyber crime is a growing community safety issue as victims can be seriously affected, not just financially but also emotionally, with feelings of depression, and sometimes worse, as a result. The economic impact on local businesses of cyber crime is also something that cannot be underestimated. Warwickshire County Council will be watching closely the results of this latest survey to see how the picture has changed over the past 12 months.”

Cllr Phillip Johnson, Chair of the Communities Overview and Scrutiny Committee, added: “Many people don’t realise they have become a victim of cyber crime, are too embarrassed to come forward or simply do not believe that anything can be done about it, meaning that the scale of the problem has until now been hard to quantify and somewhat hidden from view. Armed with the data from last year’s survey, we now have a more accurate picture, which has allowed us to target resources more effectively.

“It’s clear that cyber crime and internet fraud are booming and, in Warwickshire, we have already invested in a range of initiatives to tackle cyber crime. We hope this latest survey will raise awareness of the issues so that people can take practical steps to avoid becoming a victim.”