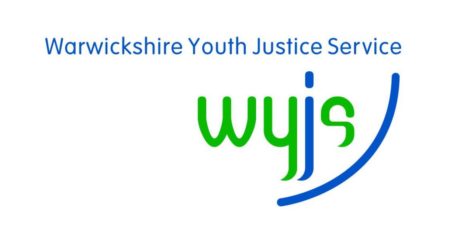 Warwickshire Police and Crime Commissioner Philip Seccombe has praised the county’s Youth Justice Service for its work to reduce re-offending among young people and for substantial reductions in the numbers of first-time offenders entering the criminal justice system.

End of year performance figures for 2018/19 show that on three key performance indicators, Warwickshire is outperforming national and regional rates, as well as those of its most similar ‘family group’ of comparator areas across the country.

The number of first-time entrants into the Youth Justice system in Warwickshire has declined by 31.2 % in 2018/19 compared to the previous year, continuing a downward trend which had already seen figures reduced by 30.94% over the previous recording period.

In Warwickshire, a young person re-offends in just 27.3% of cases, compared with 36.1% across in the West Midlands region and the national rate of 39.9%.  The frequency of re-offenses has also fallen by 44.3% which is a tremendous success compared with West Midlands reduction rate of 16.8%, the YOT family group reduction rate of 4.8% and the national rate which is 1.1%.

Overall, the number of young people from Warwickshire in custody remains extremely low, with just five custodial sentences imposed on four children during 2018/19. The Warwickshire custody rate per 1000 children aged under 17 years is 0.06%, compared with a West Midlands rate of 0.36%, ‘family group’ rate of 0.20% and a national rate of 0.31%.

The Warwickshire Youth Justice Service (YJS) is a statutory partnership between Warwickshire County Council, Warwickshire Police, the National Probation Service and Health. The service works with children who have offended, or are at risk of offending, their parents and families, and the victims of the crimes committed, in order to prevent crime and anti-social behaviour and to reduce reoffending.

Commenting on the performance figures, Mr Seccombe said: “There has been a real push in recent years to ensure that children and young people are diverted away from crime, so it’s really encouraging to see these latest performance figures in which Warwickshire is leading the way both regionally and nationally.  It’s a credit to the hard work that has been put in by Youth Offending Teams across the county and all of the partners involved with the Warwickshire YJS.

“It comes off the back of a recent very positive inspection report, which gave an overall rating of ‘good’ for Warwickshire YJS and found several areas of outstanding practice.

“I made a commitment in my police and crime plan to work with partners to support young people, intervene early and prevent them from causing or suffering from crime and anti-social behaviour. This latest good news shows that the approach being taken in Warwickshire is having real success. This is good news for all residents in Warwickshire, as the positive work of the Youth Justice Service is helping to deliver a safer community for people of all ages.”

Sally Nash, Warwickshire YJS’s Group Manager, said: “The work of the YJS is a real multi-disciplinary team effort and the commitment and quality has been evidenced in both our inspection and our statistical outcomes.  Warwickshire can be very proud of its YJS.”

More information about the work of Warwickshire’s YJS is available at: www.warwickshire.gov.uk/youthjustice.