Policing Minister is pressed on fairer funding for Warwickshire Police 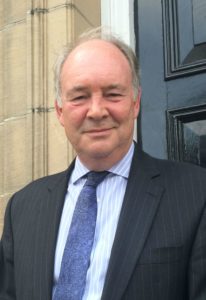 Police and Crime Commissioner Philip Seccombe has pressed the case for fairer funding for Warwickshire Police in a meeting with the government minister responsible for policing in Westminster this week.

At Monday’s meeting with Nick Hurd MP, Mr Seccombe was joined by Warwickshire Police Chief Constable Martin Jelley. Together they outlined the current challenges operationally and financially on the forces and made the case for a greater investment for policing, ahead of the Government’s November budget.

After the meeting, Mr Seccombe said: “We had a positive and constructive meeting and the Minister listened carefully to what we had to say.  We explained the current Medium Term Financial Plan and put across the operational and financial challenges we face, while also highlighting that Warwickshire Police and West Mercia Police have led the way on policing collaboration, delivering £36 million in savings already.

“Since taking office my focus has been to support officers as they do their jobs by equipping them to be more efficient and effective, against a backdrop of increasing demand on their services. However, as a smaller rural force we are having to face this challenge with proportionately fewer resources than other areas; we gave the example that the number of officers we have per thousand people is considerably below the national average, which of course has an impact on the service we can give to the public.  Inevitably, this places pressure on officers and staff and means that we do not have a level playing field when compared with other forces.

“Overall, I pressed the case for a fairer system of funding for policing, with less top slicing of budgets and greater flexibility for Police and Crime Commissioners to determine their budgets locally to reflect the priorities of their local communities.  I think the Minister fully took on board what we were saying and will be pressing the case with the Treasury for police funding to be reflective of the current and future challenges. In the meantime, I will continue to do all I can to ensure that our resources are used effectively, with the protection of frontline policing an absolute priority.”

Warwickshire Police Chief Constable Martin Jelley said: “I met with Policing Minister Nick Hurd for a constructive discussion about policing demands funding. The Minister was receptive to the case that we made for a fairer share of national funding for our force. Our officers and staff are hugely dedicated and professional, but their numbers have diminished in recent years, causing stress and strain on the quality of the service that they are able to provide to the communities we serve.

“Nationally and locally there needs to be a reinvestment in policing. It is only right that our case is made in the strongest terms possible in a time of increasing demands and pressures on the front line. We believe our position and message was fully understood by the Minister, who is responsible for making the case to the Treasury.”