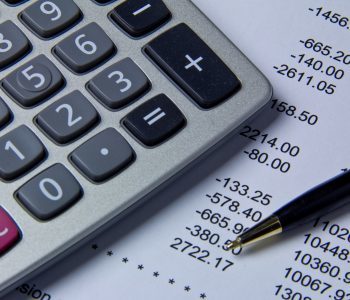 The amount taxpayers will pay for policing in Warwickshire next financial year will stay the same, following a decision by the county’s Police and Crime Panel to back a freeze on the police portion of Council Tax.

At today’s (Friday, 3 February) Panel meeting at the Shire Hall in Warwick, members voted to approve Warwickshire Police and Crime Commissioner Philip Seccombe’s proposed zero percent increase for 2017/18.   It means that for a Band D taxpayer, the annual bill for the Police Precept will remain unchanged at £191.98 – but through use of funds from Warwickshire Police’s financial reserves, the actual amount spent on policing in the county will increase by £1.1 million.

It follows a public consultation in January organised by the Commissioner, which asked the public whether they supported the freeze or wanted to see an increase in the Police Precept of up to 1.99%. A small majority of the 405 respondents (51.36%) favoured a precept freeze, with the remainder wanting to see an increase. Additional comments were also received from some people wishing to see a decrease.

Commenting after the meeting, Warwickshire Police and Crime Commissioner Philip Seccombe said: “I am pleased that the Police and Crime Panel has given their backing to my proposal, as this now allows me to confirm the policing budget for next year. The results of the consultation, while showing a small majority in favour of the freeze, also demonstrated the full range of opinions from within the county.   Many wanted to see police funding increased, while others also contacted me to say they wanted to see a decrease in the Police Precept, so this is something I have weighed up carefully before proposing my final budget.

“I recognise that these are difficult financial times for many people and that other public bodies are being faced with the need to make considerable savings, which may mean other portions of the Council Tax will rise. I do not therefore think it fair to continue to ask the public to pay extra for policing when the force has relatively large financial reserves which should rightly be spent directly on providing policing services here in Warwickshire.

“By using some of these reserves on a one-off basis I am able to offset any losses caused by freezing the precept, while at the same time actually increasing the overall amount that is spent on policing by £1.1 million and also protecting the amount I am able to give through grants to organisations across the county.

“This additional funding will be spent on a range of measures to support my Police and Crime Plan, including investing in specialist support for victims of crime and vulnerable people, enhanced restorative justice programmes and providing an additional 22 officers to investigate child sexual abuse. This will come alongside other investments in new technology and initiatives to combat business, rural and cyber crime.

“Through this increased investment I aim to ensure that frontline policing is both protected and enhanced, that the most vulnerable in society are protected and that the issues that matter most to communities continue to be addressed.”

The budget will be officially finalised once written confirmation of their decision has been received from the Police and Crime Panel in the coming days.  A copy of the full budget report can be found here.