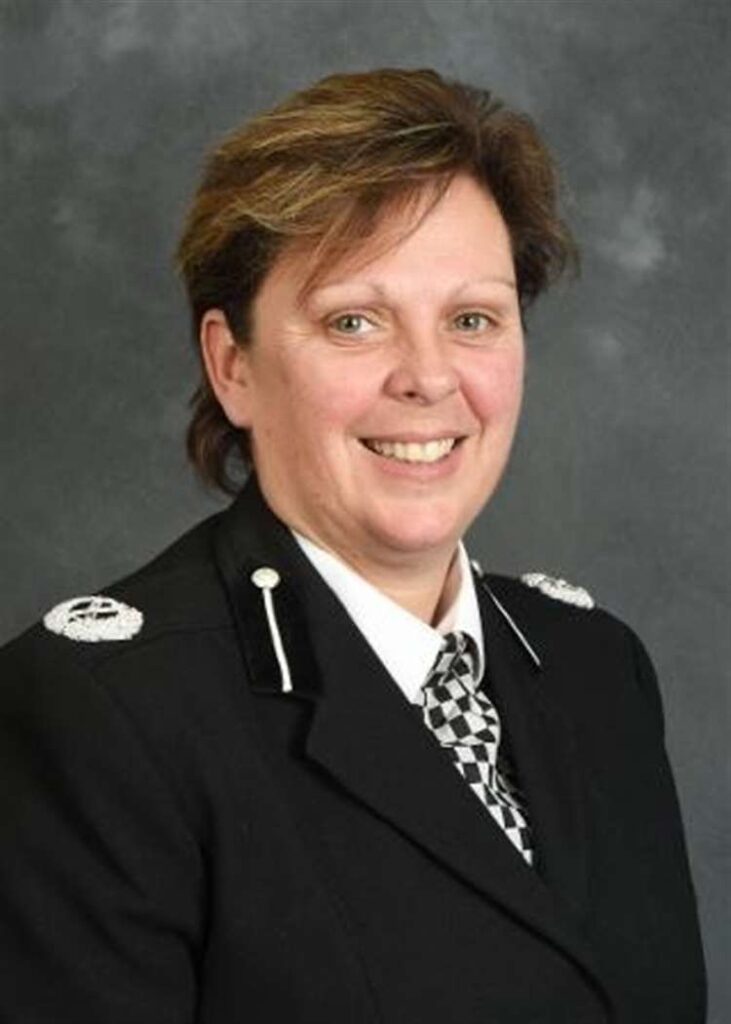 Debbie Tedds, who is the preferred candidate to be the next Chief Constable of Warwickshire Police.

Subject to the approval of Warwickshire’s Police and Crime Panel, she will succeed current Chief Constable Martin Jelley QPM when he retires at the end of June, to become the first female head of the force in its 164-year history.

The announcement comes after a rigorous two-day selection process led by the Commissioner, which was supported by an experienced panel of representatives from across policing, local partners and community members.

During the process, candidates were put through their paces by a variety of interview panels to demonstrate their suitability for the role and their understanding of all communities across Warwickshire. This included an internal stakeholder panel comprising officers and staff from across the force, who were able to quiz the candidates on their knowledge and experience.

“Choosing the right person to drive forward the development of policing in the county must count as the single biggest decision I’ve had to make during my five years as Commissioner. It was important that we had an open and transparent process to select our next Chief Constable, so that the local community, partners and police officers and staff from a wide range of roles, ranks and grades from across the force had the chance to contribute and ensure that the best outcome was achieved.

“The feedback from all has been very positive and I’d like to publicly thank everyone who took part, as their input was very valuable in making a final decision.

“I am pleased that, in Debbie, I am able to put forward to the Police and Crime Panel an excellent candidate who is already well-known and respected throughout the county. She has demonstrated clear and strategic leadership abilities during the selection process and throughout her career, combined with a calm and friendly approach which will continue to be a great asset to Warwickshire.

“Our current Chief Constable Martin Jelley has been an outstanding leader, navigating the force successfully through a very challenging period in its history and firmly setting it on a sustainable path for success. He will be very much missed when he retires at the end of June and I wish him all the best for the future. However, I am very confident that, if the Police and Crime Panel are supportive of the conclusions from this selection process, in Debbie we will have absolutely the right person to continue the excellent progress that has been made.”

The Warwickshire Police and Crime Panel will hold a confirmation hearing on June 11 to consider a report from the Commissioner recommending T/DCC Tedds as the next Chief Constable.

Debbie Tedds grew up in Leamington Spa and joined Warwickshire Police in March 1989. She served across Warwickshire in a variety of roles and departments as a Constable, predominantly within the Investigations departments and was promoted to Detective Sergeant in 2002.

Debbie progressed through the ranks, being the first female Warwickshire officer to achieve the rank of Detective Inspector working within Reactive CID, Proactive CID, Intelligence and setting up the Protecting Vulnerable Persons unit and introducing Multi-Agency Risk Assessment Conferences into Warwickshire before being promoted to Superintendent in 2009 to head up the then Judicial Services Department.

Debbie was seconded to Her Majesty’s Inspectorate for Constabulary in 2011 as a Specialist Staff Officer leading on Vulnerability and in particularly Child Protection. Following this role she returned to Warwickshire Police and was appointed as the Policing Area Commander for South Warwickshire. She was then promoted in 2015 as Chief Superintendent and performed roles across the former alliance with West Mercia Police, heading up the Assurance and Service Improvement function and then as Head of Crime and Operations.

She was successful at the Senior Police National Assessment Centre in November 2018 and graduated as the first Warwickshire female officer in March 2019. Earlier this year she was appointed as the force’s Temporary Deputy Chief Constable.

She is incredibly proud and honoured to serve as a Warwickshire officer, in the county she was born and grew up in, which is most definitely her home.