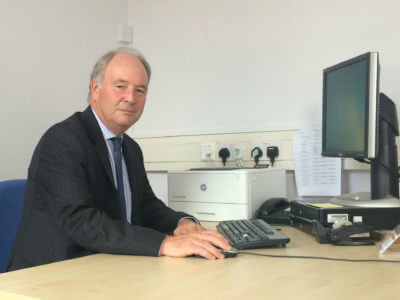 Warwickshire Police and Crime Commissioner, Philip Seccombe has welcomed the support from the public for his proposal to increase the policing part of the council tax in order to safeguard police officer posts.

A four-week public consultation was completed by more than 1,500 people online, with respondents asked to indicate their preference for one of three potential levels of increase:

More than 70 percent of Warwickshire residents who responded indicated they were supportive of the maximum increase of 6.25%, with 7.3% in favour of a 5.21% increase and 14% in favour of the lowest proposed increase of 4.17%. A further 7.9% of respondents said they would prefer not to see any increase.

Warwickshire Police and Crime Commissioner, Philip Seccombe said: “It is always a difficult decision to increase taxation and it is not one that I take lightly, so I am grateful for the number of people who took the time to express an opinion and complete the survey. From the results and the comments received, it’s clear that the public wants to see more police on their streets and for officers to continue to focus on tackling the issues that matter most to local communities.

“While increases in council tax are never welcome, the majority of the responses received from the public support my assessment that in order to safeguard the continued delivery of an effective service to the public, Warwickshire Police needs more funding. The consultation has also shown strong support for a proposed maximum increase of 6.25%, which is the equivalent of a pound extra a month for Band D taxpayers. I will therefore be looking to take this option forward.

“Without a cash boost of this scale, Warwickshire Police would face having to lose around 60 police officer posts over the medium term – a position that would leave the force having to make very difficult choices over a reduced the level of service to the public. I do not think this is acceptable and the consultation clearly backs up that this is not what the public or local businesses would want to see either.

“I have listened to the additional feedback and comments I have received during the consultation and share the desire expressed by many that any extra resources must be used to boost frontline policing here in Warwickshire. Through the detailed consultations I have had with the Chief Constable, I am now more confident that the proposed precept increase would allow an even greater proportion of police officers to be retained than initially envisaged, safeguarding some 50 officer posts, which can only be good news.

“I will present my proposals to the Police and Crime Panel this week for their feedback and I hope to secure their support prior to finalising the budget for 2018/19 in early February.”

The Warwickshire Police and Crime Panel meets at the Shire Hall, Warwick, on Thursday (1 February), to discuss the proposed police precept increase.