PCC welcomes increase in officer and PCSO numbers in Warwickshire 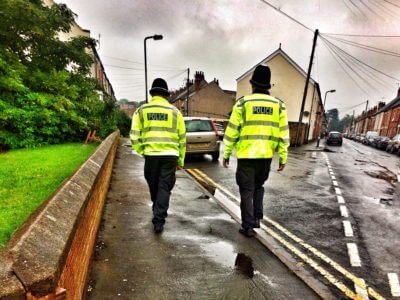 Officers on foot patrol in Nuneaton

Warwickshire’s Police and Crime Commissioner Philip Seccombe has welcomed the publication of new data by the Home Office which show that the county’s police force is continuing to buck national trends, with increases across the board to the numbers of local police officers, special constables and PCSOs.

Data for all forces showing the change in policing numbers over the six months to the end of September 2016 reveal that, in Warwickshire, the number of police officers increased by 2.1 percent, with an additional 17 officers recruited to the force. Similarly, there was a 12% increase in PCSOs and an almost 16% increase in the number of Special Constables, when compared with the end of March 2106.  Overall, the total workforce is up by 5%, compared to the national average decrease of 1.3%.

It follows the trend from 2015, where Warwickshire Police saw among the largest increases of officers in the country, once again bucking a national trend which had seen the majority of forces having to reduce their officer strength.

Welcoming the local figures, Philip Seccombe said: “I pledged during my election campaign that I wanted to protect frontline policing. That has been carried through in the commitment within my Police and Crime Plan to increase the numbers of police officers, special constables and PCSOs during the term of my office. I am delighted that these latest figures confirm that in the first six months of my term as Commissioner we have been able to not only maintain the previous good progress  but also to build further upon it, with increases to police numbers across all three categories.

“Together with the considerable investments which I am making in new mobile technology to assist officers in their jobs, a refreshed recruitment process for the Special Constabulary and a renewed focus on protecting people from harm, I am confident that we can continue to maintain these gains and ensure that we create a safer and more secure Warwickshire for the benefit of all residents.”