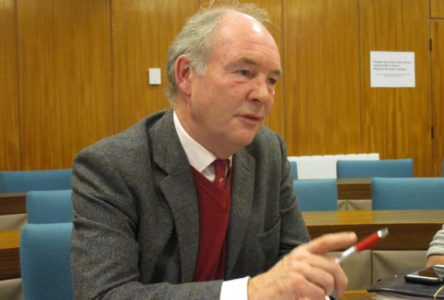 Nationally since 2010, the number of traveller caravans on authorised sites has increased. However latest figures show approximately 16% of all caravans – around 3,700 – are on unauthorised sites.  Many local residents often raise concerns about anti-social behaviour including fly-tipping and noise, and evidence also shows that living on unauthorised sites can have a negative impact on people’s health and education.

In Warwickshire there have been 30 unauthorised encampments since the beginning of 2018.

Warwickshire Police and Crime Commissioner Philip Seccombe said: “Tackling the problems caused by unauthorised traveller encampments has been something that we have prioritised here in Warwickshire, so I welcome the opportunity to be able to have a national debate on the powers that are available to police, local authorities and landowners.

“Last year I held a summit meeting to look at this issue, bringing together our local authorities, the police and county MPs to discuss the existing legislation and what powers might be helpful in supporting better management of encampments when they occur.

“It lead to the establishment of the Warwickshire Protocol on Unauthorised Encampments, which has helped to foster a collaborative approach to dealing with unauthorised encampments when they occur, as well as looking for longer term approaches to reduce the problems faced by both the traveller and settled communities.

“I will be encouraging our partners in local government and policing to contribute to this national review, so that the work we have done here in Warwickshire can help to shape future national policy and legislation.”

The consultation – carried out jointly by the Ministry of Housing, Communities and Local Government, Home Office and Ministry of Justice – covers police and local authority powers, court processes, government guidance, the provision of legal sites, and the impact on settled and nomadic communities.

It will emphasise the government’s commitment to the fair and equal treatment of all communities, including respecting people’s right to a nomadic way of life, while balancing this with the interests of settled communities.