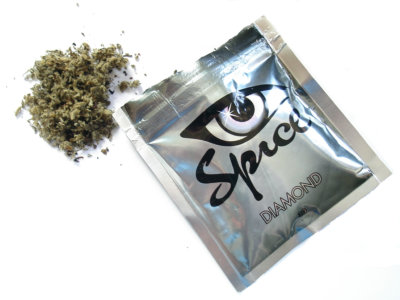 A packet of Spice – picture by Damany S. Coleman

Warwickshire Police and Crime Commissioner Philip Seccombe is supporting calls on the Government to reclassify Spice and other synthetic cannabinoid substances as Class A drugs.

Along with 19 other Conservative Police and Crime Commissioners Mr Seccombe is a signatory to a letter to Home Office Ministers calling for the change, describing synthetic drugs as presenting the “most severe public health issue we have faced in decades”.

The open letter has been penned by Lincolnshire PCC Marc Jones, asking for the reclassification to Class A so that “the dealers who peddle this misery are treated with the same severity and concern” as those dealing heroin.

Currently, Spice (also known as Black Mamba) and other synthetic cannabinoids are classified as Class B drugs – meaning they are illegal to produce, supply or import into Britain and putting them on the same footing as cannabis. However, as the Commissioner’s point out in their letter, the effects of so-called ‘zombie drugs’ are much worse on the individual and communities.

The letter reiterates that PCCs are “very supportive of Government’s wish to tackle illegal substance misuse in general” but calls for the creation of a new national strategy to deal specifically with synthetic drugs to provide “an effective and consistent approach” and to improve the level of support for those hooked on the drugs.

The letter adds: “As public health and substance misuse services are not currently taking the lead in meeting this growing challenge it is falling to the police to respond to public concerns of community safety, adding yet further to policing demand without addressing the underlying issues.

“We would urge that synthetic cannabinoid products are reclassified from class B to class A. At present, the current justifications for the classification of B are rooted in the chemical similarities which Spice shares with cannabis. However, such parallels are purely chemical, as the physical and psychological effects these substances have on their users are on a much more extreme scale to those of cannabis.

“In practice they are more comparable with class A drugs such as heroin and it is therefore imperative that it and the dealers who peddle this misery are treated with the same severity and concern.

“It is also vital that the level of support to those hooked on Spice is placed firmly on the agenda, including pathways away from criminalising the vulnerable where possible and ensuring appropriate services are in place to treat their addiction.”

There is evidence of a growing problem caused by synthetic drugs, with the Office for National Statistics linking 27 deaths in 2016, while West Midlands Ambulance Service was reported last year of attending around 200 calls a month to cases of people suspected of taking Black Mamba across the region.