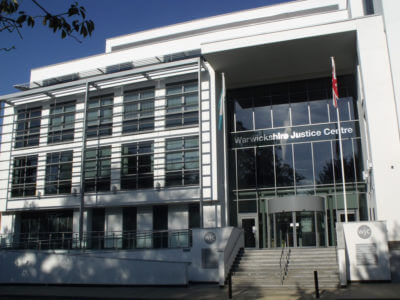 Police and Crime Commissioner Philip Seccombe has praised the calm and professional way Warwickshire Police protected the public and brought an offender to justice after a man pleaded guilty to taking hostages in a siege at a Nuneaton bowling alley.

David Clarke, 53, of Ryde Avenue, Nuneaton, appeared today (Friday 12 January) at Warwick Crown Court in relation to the incident at the MFA Bowl in Bermuda Park on Sunday October 22 last year, in which he held two members of staff hostage after entering the building and failing to find someone with whom he had had a dispute.

He was arrested following a four-hour stand-off when armed police officers entered the building, freeing the hostages without injury.

He entered a not guilty plea to another charge of possession of an imitation firearm with intent to commit false imprisonment, which was accepted by the prosecution.

Clarke was remanded in custody and the case was adjourned for sentencing on March 2, with Judge Andrew Lockhart QC warning Clarke that he faces a significant and lengthy prison sentence.

Speaking after the court hearing, Warwickshire Police and Crime Commissioner Philip Seccombe said: “I am pleased that today’s guilty pleas have brought about the conviction of the offender in a timely manner, which I hope will bring some comfort to the victims in this case.

“When the incident occurred in October last year, it brought a very significant police response, ably backed up by colleagues from the other emergency services. Officers brought to an end in a very calm and professional way what was a very fast-changing and concerning incident which had the potential to end with tragic consequences. That it was resolved without injury to the hostages speaks volumes about the calibre of the police officers involved and the quality of their training, as well as their dedication to doing their utmost to keep the public safe.

“The professionalism of the police response on that day has been mirrored by the very through investigation which has followed and resulted in the guilty pleas being entered today.

“I have since heard many expressions of thanks from people who were caught up in the incident and more widely from across Warwickshire, praising the actions of the police and the other emergency services. I can only echo these sentiments and add my own thanks to all those involved and once again commend the people of Nuneaton for the calmness, cooperation and support they showed on the day.”