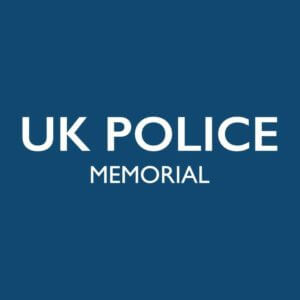 Warwickshire’s Police and Crime Commissioner Philip Seccombe is giving his backing to fundraising for a new UK Police Memorial at the National Memorial Arboretum (NMA) in Staffordshire.

The campaign aims to raise £4 million to create a new memorial to honour the dedication, courage and sacrifice of many of the thousands of members of the United Kingdom’s police service who have given their lives to serve and protect their communities since the establishment of the world’s first recognised police service over 250 years ago.

The campaign, launched by the U K Police Memorial Trust, has also received support from His Royal Highness the Duke of Cambridge, while the Government has committed to £1m towards the fundraising.

The memorial itself consists of four distinct elements:

In addition, the memorial will be able to commemorate officers and staff who have died of natural causes and illness, whether that be on duty or off duty.

The project has been ongoing for some time and to date it has raised £2.2million of the £4million needed. With the full support of Mr Seccombe and Warwickshire Police’s Chief Constable Martin Jelley, officers and staff from the force are set to support the fundraising campaign in a number of ways, including organising their own local fundraising events, taking part in pre-planned activity and donations from their pay.

Now the public is also being asked to for its help to make the project a reality.

Warwickshire’s Police and Crime Commissioner Philip Seccombe said:  “There are many occasions in which our dedicated frontline policing personnel selflessly put themselves in harm’s way in order to keep the public safe.  As we have seen all too tragically in recent weeks with the death of PC Keith Palmer, sometimes this has meant making the ultimate sacrifice.  I think it is therefore very important that there is a fitting memorial to all of those killed in the line of duty.

“The National Memorial Arboretum is a very peaceful, tranquil and picturesque setting and will make a very appropriate place for the policing family and the wider public to come together and respect, honour and celebrate fallen colleagues.  I hope the public will give its support to the fundraising appeal and show their thanks to the people who keep their communities safe, demonstrating the high-esteem in which British policing is held.”

Specific donations and tributes can be made to remember individual colleagues from a particular force or from the wider policing family. Anyone making a donation or raising funds of more than £20 will receive a black and white chequered wristband inscribed with the words ‘courage and sacrifice’. If you are a social media user it would also be really helpful if you could promote the Memorial and the campaign on Twitter using the hashtag #courageandsacrifice

Further details of how to get involved can be found at www.ukpolicememorial.org.