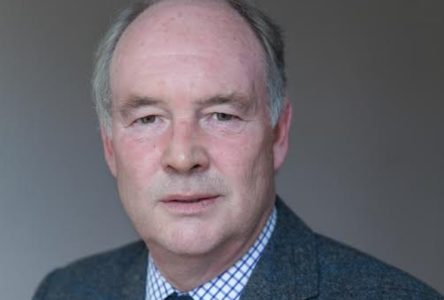 Philip Seccombe – who was elected last week as only the second-ever PCC in the county’s history, succeeding Ron Ball in the role – says his priority is to listen to the views of communities across Warwickshire on not only crime but also the prevention of crime.  He has also emphasised his desire to see a continuation of the increases seen in recent years of the numbers of police officers, PCSOs and Special Constables within the force.

The Conservative PCC, who is a councillor on Stratford-on-Avon District Council, also says he will always seek to do what is right for Warwickshire in his decision making.

He said: “I have signed the declaration of independence which emphasises that I am here to serve the people, not a political party or any one section of the electorate over another. This is something I take very seriously. Although I am a Conservative and will always be so, I will provide a robust voice for Warwickshire and will speak up first and foremost for what is in the best of interests for the whole county, regardless of political affiliations.”

Outlining his vision for policing in the county, Mr Seccombe has six priorities which will form the backbone of his new Police and Crime Plan:

Mr Seccombe also emphasised his continuing support for the Alliance with West Mercia Police, while stating his desire to ensure that Warwickshire retains its own Chief Constable and separate identity while continuing to explore other opportunities for collaboration.

“The Alliance with West Mercia has undoubtedly enabled Warwickshire Police to make significant savings which it would have been unlikely to have been able to make had it continued to stand on its own,” he said.  “However I think it is vitally important that the people of Warwickshire continue to have a strong voice to represent their interests within the Alliance.  That, in my view, is best achieved through the retention of separate Chief Constables and PCCs.  I do not believe a full merger would be in the best interests of Warwickshire – the current arrangements serve the county very well.”

He added: “I am delighted to have been entrusted with this important role by the electorate and I am very much looking forward to beginning work on a new Police and Crime Plan, meeting officers and staff from across the force and to engaging with communities right across the county in the coming weeks and months.”