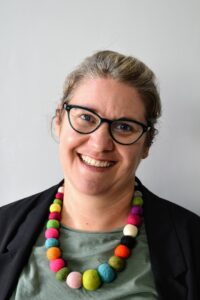 Warwickshire Police and Crime Commissioner Philip Seccombe has announced that Polly Reed will be joining his office early next year as Chief Executive. It follows the decision of current Chief Executive Neil Hewison to retire at the end of January 2021.

Mrs Reed is a graduate in Modern Language Studies from Nottingham University. She is currently employed by the West Midlands Office of the Police and Crime Commissioner as the Head of Business Services, a role she has performed for the past three years. For a three month period earlier this year she also served as acting Deputy Chief Executive at the West Midlands OPCC.

Apart from a nine-month period during 2017 when she was the Assistant Director for Training and Education with the Stroke Association, the vast majority of her working life has been spent in local government in management roles in Children Services and Education, across three different local authorities.

The decision to appoint Mrs Reed won the support of the Warwickshire Police and Crime Panel at a special confirmation hearing on Friday 9 October, where members were able to post questions to her, before voting unanimously to endorse the Commissioner’s selection.

Warwickshire Police and Crime Commissioner Philip Seccombe said: “I’m delighted that the Police and Crime Panel supports my decision to appoint Polly Reed as Chief Executive and Monitoring Officer, following a thorough and open recruitment process. With her prior experience with the West Midlands PCC’s office and her background in local government, I am confident Polly will be able to make the transition to heading my office seamlessly. I look forward to welcoming her into the role at beginning of the New Year.

“Neil Hewison will continue in post until his retirement on January 31, continuing to provide leadership for my office and key advice to me as we continue to work through our response to Covid-19 and the delivery of my Police and Crime Plan for Warwickshire. This will enable the smoothest possible handover process,” added Mr Seccombe.

Polly Reed said: “I am very much looking forward to joining Warwickshire and working to support the PCC to deliver on his priorities to the benefit of the people and communities in the county.”