Multi-million pound investment in mobile technology given the go ahead 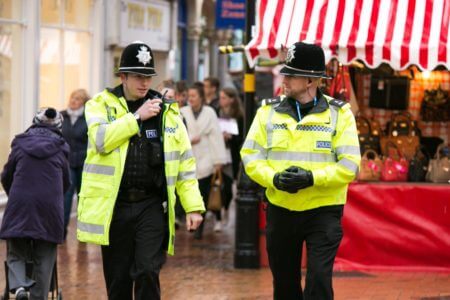 A multi-million pound investment in mobile technology will see frontline police across Warwickshire and West Mercia equipped with personal-issue smartphones and laptop computers, enabling them to deliver a better service to the public and be more visible to local communities.

Police officers, PCSOs and operational staff across both forces will be allocated the mobile devices, giving them access to force IT systems while on the move, allowing fast access to intelligence, the ability to record crime on the move and enabling a quicker response to incidents.

By encouraging increased mobile working, police officers and PCSOs will be freed up from having to return to a police base to complete administrative tasks, allowing for a more victim-focused service and creating greater visibility among local communities.

The decision to purchase the new IT equipment has been signed off by the Police and Crime Commissioners and Chief Constables of both forces, as part of an ongoing programme of modernisation.

The first rollout of smartphones to around 400 users has started this week, with more than 3000 smartphones to be issued in Warwickshire and West Mercia during March and April. This will be followed in the summer by a phased roll-out of laptops.

Philip Seccombe, Police and Crime Commissioner for Warwickshire, said: “Over many years, police IT technology has not kept pace with the developments most of us now take for granted in our personal lives, such as the ability to use our smartphones while out and about to complete tasks and access services. Quite often victims of crime have found they have better access to modern technology than the officers investigating their crimes and this simply cannot be right.  Equally, the current situation where police officers and PCSOs are forced to return to police stations to sit at desktop computers to complete many administrative tasks is inefficient and reduces the amount of time they can be out in their local communities.

“I pledged in my Police and Crime Plan to modernise policing in Warwickshire and ensure that our officers and police staff have the right technology and training in place to do their jobs efficiently and effectively.  This new investment, together with the enhanced technologies which will be employed when our state-of-the-art Operations Communications Centre opens at Neville House in Warwick, shows my determination to deliver on that promise and provide a better service for the public.

“As a package, these investments will allow the police to provide a more victim-focused service while also being more visible among our local communities. I know this is something which will be very much welcomed by the public.”

Warwickshire Police Chief Constable Martin Jelley said: “The thinking and planning behind this initiative has been led by officers, who know the day-to-day realities of policing on the frontline. We’ve been guided by the work of Cambridgeshire Police, who are the national lead on mobile and agile working. This is about becoming more efficient and effective and, most importantly, giving officers the freedom to invest more time out and about in their local communities. We know from a body of evidence that changing to mobile technology and more flexible ways of working can improve the health, wellbeing and morale of staff – it’s another important reason for driving through these changes.”