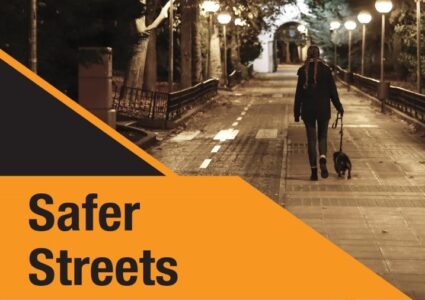 Funding worth more than £350,000 has been secured from the government by Warwickshire’s Police and Crime Commissioner Philip Seccombe and local partners to improve safety at four public spaces across Warwickshire.

The money, from the Home Office Safer Streets Fund, will be targeted at areas which have been identified through public feedback and intelligence data as suffering from issues such as violent crime, personal robbery, sexual assaults, drugs misuse, County Lines activity and anti-social behaviour.

The Commissioner’s application to the Safer Streets fund for a total of £354,010 was approved in full and will be delivered alongside a further £197,842 which has been committed by partners for associated projects to reduce crime and anti-social behaviour.

The four new areas for improvement are:

Agencies will work with communities to identify and deliver solutions, with new CCTV cameras, lighting improvements, the removal or management of vegetation and installation of physical barriers among the range of options.

Safety and awareness campaigns will also be run in each of the areas to address local concerns and generate a sense of guardianship and community involvement, to ensure that the improvements are sustainable into the future.

A Safer Streets Officer will be appointed to engage with local communities, co-ordinate responses, implement interventions and develop networks to maintain improvements.

It is the second time in the space of a year that the county has received Safer Streets funding. Last October the Government awarded £249,000 for improvements in other areas of the county that women and girls had highlighted as making them feel unsafe.

“I welcome the news of this additional funding that has been secured through my office for the second time in under a year. It will allow community safety partners to make some meaningful improvements in parts of our county that sadly have been blighted by serious crime and anti-social behaviour in the recent past.  It also helps to further strengthen the approach to tackling violence against women and girls.

“By working with the local communities in the areas concerned, we want to ensure that each project is as effective as possible at reducing the problems residents have told us about.

“In turn, we want to raise the confidence of communities that these areas are safe places for everyone to enjoy, while sending a parallel message that crime and anti-social behaviour will not be tolerated.”

“This is a great next step to receive additional funding from the Government Safer Streets Fund to protect the most vulnerable in Warwickshire’s communities, and to ensure that their safety is of upmost priority.

“The money will support the County Council and partners’ ongoing plans tackling issues of anti-social behaviour, different types of neighbourhood crime for all residents, as well as Violence Against Women and Girls to help them feel and be safer in public spaces across the county.”

Work on the improvements will take place across the next year and will be complete by September 2023.