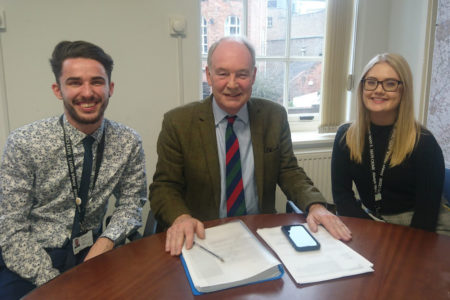 The total value of losses from cyber crime suffered by people in Warwickshire has dropped by more than half during 2018, new data from the national police fraud unit has shown.

In the six months from April to September last year, reported losses through cyber-related fraud fell by 51.8% compared with the preceding six months, according to the City of London Police’s National Fraud Intelligence Bureau (NFIB). This means that victims of cyber-enabled fraud in Warwickshire suffered losses totalling £132,064 (down from £274,113 previously.)

This compares with a national increase of reported losses of 24%.

At the same time, the reporting of cyber-crime has increased in Warwickshire by over 12% in the same period, compared with a national increase of just under 8%.

The NFIB’s January report also reveals that, in Warwickshire, people aged 50-59 suffered the greatest from this type of offence.

The biggest losses to the public across Warwickshire were as a result of the ‘hacking’ of their personal accounts, including social media and email.  Individuals were targeted in 76% of such crime, with businesses targeted in 16% of reported incidents.

Commenting on the figures, Warwickshire Police and Crime Commissioner Philip Seccombe said:  “These figures show there is still much work to do to keep people safe from crime in the increasingly online world in which we live but do reflect the really positive strides we have made in the county over the past few years, with the value of the losses victims are suffering now reducing.

“Traditionally, our research has shown that cyber-crime has been underreported, so increasing awareness has been a core part of the work I have funded to tackle criminal activity committed online. It’s pleasing that the reporting of incidents has increased as a result. This provides the police and other relevant agencies with increased information they need to trace and take action against what are often highly-sophisticated criminal enterprises.

“Here in Warwickshire, I fund the county’s two Cyber Crime Advisors, who work with residents and businesses to provide the latest advice and guidance on keeping safe and maintain the Cyber Safe Warwickshire website, which is a really useful resource on the latest threats and information on the best ways to stay safe online and advice on how you can report cyber crime.

“My message to the public in Warwickshire is to continue to be vigilant against crime when using your computer, tablet or smartphone as well as other internet-enabled devices and take sensible precautions to lessen your chances of falling victim.”

Warwickshire’s two Cyber Crime Advisors are Joseph Patterson and Abbey Baker, who have the following simple advice to help guard against falling victim to cyber crime:

For more on staying safe online, visit www.cybersafewarwickshire.com or follow Joseph and Abbey on Twitter for the latest advice @CyberSafeWarks.

You can report internet scams, fraud or virus attacks to Action Fraud online at www.actionfraud.police.uk or by calling 0300 123 2040.