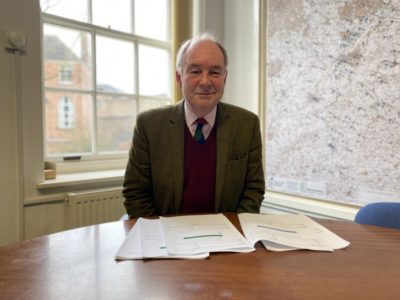 Detailing the Home Office draft police funding settlement for 2020/21, Home Secretary Priti Patel MP confirmed an increase of up to £1,121 million nationally, including £700 million funding for the remainder of the 20,000 uplift in police officer posts.

It means that Warwickshire Police will receive £53.7 million of central government funding, an increase of £4.5 million over 2019/20. Currently, this national funding accounts for around 50 per cent of the total Warwickshire Police budget, with the remainder being made up from Council Tax and reserves. The Government has also announced that Police and Crime Commissioners will have the flexibility to raise their police precept (the element of Council Tax that raises funds for policing locally) by a maximum of £10 for an average Band D property.

Following the funding announcement, Warwickshire Police and Crime Commissioner Philip Seccombe said: “Today’s boost in funding for policing announced by the Government is very good news for Warwickshire.  It shows that the lobbying that I and other police and crime commissioners have made over the past year has been effective. The case we have made that policing needs additional investment has been listened to and acted upon.

“In the consultations I have held with the public, the feedback has been supportive of policing having more funding but there was also a strong feeling among local residents that this should not solely be funded through increases to Council Tax. Previous police settlements have effectively required police and crime commissioners to raise the police portion of Council Tax in order to secure funds to enable increases in visible policing and investments to improve services.

“Over the past two years, the Police Precepts I have set locally have helped to directly fund 130 new police officer posts in Warwickshire, together with additional numbers of Police Community Support Officers, digital investigators and specialists in victim care. As a result the force has been able to create new teams to tackle rural crime and problem solving in local communities, while also having vital additional resources to protect the most vulnerable in society, including missing people and those at risk of child sexual exploitation. Together with a general increase in recruiting this has seen the total headcount for Warwickshire Police exceed 1000 for the first time in over a decade.

“Now I have the detail of the draft funding settlement, I will be discussing over the next few days all of the options for setting a fair and reasonable Police Precept. This will take into account public opinion while also balancing the need to ensure that frontline policing has the investment in the right technology and infrastructure to be effective and efficient. We are currently rebuilding many policing functions back in Warwickshire following the enforced termination of the strategic alliance by West Mercia Police and it is important that Warwickshire Police has the resources it needs to deliver that transition smoothly.

“Equally, the budget must take into account the additional cost pressures brought about by inflation and nationally agreed salary increases and pension liabilities.

“I am keenly aware, however, that many people do struggle when there are significant increases to their Council Tax and so I am keen to ensure that the budget I set is fair to all. With around half of our funding being from central government, the draft settlement announced today does provide greater flexibility to do this.”

Due to the tight timeframes involved with setting the budget for Warwickshire Police, the Commissioner’s annual public consultation on the Police Precept had to be conducted without the benefit of knowing what the funding settlement would be.

While the consultation has now closed and the full results are still being analysed, the initial overall picture does show a similar level of support to previous years for ensuring Warwickshire Police has the funding it needs to support improvements in frontline policing.

Mr Seccombe added: “I’m grateful for everyone who took part in the consultation and I can promise that I really do read every comment that people make. Now I have the final pieces of the funding puzzle, I can begin to finalise a budget which takes into account all of the feedback I’ve had from residents, local businesses and partner organisations. This will then be presented to the Warwickshire Police and Crime Panel on February 3.”

A full budget report and results of the public consultation will be published on the OPCC website in due course.