How would you like to get an inside look at what conditions are like at police cells in the county and speak to detainees about their stay in custody suites? If that sounds interesting to you, then Police and Crime Commissioner Philip Seccombe wants you to get in touch.

A search has been launched for new people interested in becoming Independent Custody Visitors (ICVs). These volunteers are recruited by the Commissioner from the local community and are independent of the police service.

Once trained, the volunteers – who are unpaid but are able to claim reasonable expenses for travel – visit police custody suites unannounced and in pairs.  Once there, they check on conditions in the cells and custody suite, speak to detainees and follow up any concerns they raise about their welfare.

The Warwickshire scheme operates at both police custody blocks at the two county Justice Centres and is running well.  In the last year 83 visits were made, with no major issues reported.  However, more volunteers are now needed to ensure the scheme can continue to play its vital role. 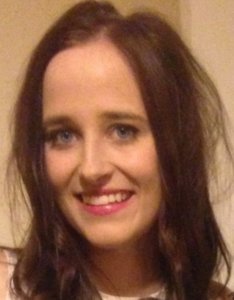 In South Warwickshire, volunteers are being sought to help with visits to the police cells in Leamington Spa, filling a number of vacancies on the southern panel.  Meanwhile, expressions of interest in joining the northern panel – which inspects custody facilities in Nuneaton – are also being accepted to fill any vacancies which may arise in future.

Warwickshire Police and Crime Commissioner Philip Seccombe said: “Ensuring that people who are detained in police custody are treated fairly and that their welfare is given a high priority is hugely important for public confidence in the police. The fact that independent observers can go in, at any time, and talk to detainees and custody staff is very powerful and helps me to hold the force to account in ensuring that high standards are maintained.

“It’s a highly responsible role which gives a glimpse of an aspect of policing that the public rarely get to see.  I’m keen that we encourage new people to come from as wide a range of backgrounds and ages as possible. I’d urge anyone who wants to do something beneficial for their community to come forward and find out more.”

Michelle Clarke, aged 24, has been an ICV since last year and says it is a very rewarding role: “I volunteer because I have a genuine interest in the criminal justice system and I wanted put into practice the theory I have read and written about during university. I am hoping I can get an idea of a career path from my experience.

“I think the scheme is beneficial because you get to see for yourself what exactly happens in custody, it challenges all the stigma from the media and TV shows.”

To qualify as a custody visitor, volunteers should be over 18, of good character and have no links to the police or criminal justice system. They need to be able to make independent observations and also have spare time, as volunteers are asked to commit to one visit every month, lasting on average around an hour plus travelling time.

For more information and details of how to apply, visit: www.warwickshire-pcc.gov.uk/your-pcc/jobs-and-opportunities/.