Could you help see behind the scenes in police custody? 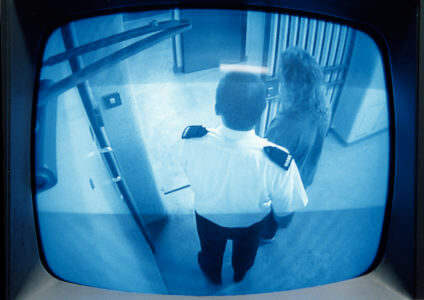 A recruitment campaign has been launched by Warwickshire’s Police and Crime Commissioner to find new independent members of the public to help inspect police custody facilities and check on the welfare of people who are held in detention.

Independent Custody Visitors (ICVs), as they are known, have the power to turn up to police custody blocks unannounced to talk to detainees and make sure that everything is operating as it should. That includes checking on the detainees’ welfare – for example, whether they getting enough to eat or drink, or any required medical help or medication. It also includes checking that police officers are following all the correct legal processes and protocol.

Any issues found by the ICVs can be immediately raised with the custody staff, while a wider report also goes back to the Police and Crime Commissioner to ensure that overall standards are being maintained. In Warwickshire there were 82 visits to custody carried out in 2016, with no serious issues identified.

Both panels have a dedicated team of existing volunteers but are keen to broaden their membership to become more representative of the communities they represent.  Application details are available online and full training is provided to all new volunteers.

Warwickshire Police and Crime Commissioner Philip Seccombe says the role they play is invaluable.  He said:  “Ensuring that people who are detained in police custody are treated fairly and that their welfare is given a high priority is hugely important for public confidence in the police.  The fact that independent observers can go in, at any time, and talk to detainees and custody staff is very powerful and helps me to hold the force to account in ensuring that high standards are maintained.

“I’m keen that we encourage new people to come forward and join the well-established schemes we have here in Warwickshire, from as wide a range of backgrounds and ages as possible.  It’s a fascinating and important role, so I’d urge people who want to do something beneficial for their community to come forward and find out more.”

To be eligible to apply you must be over 18, live or work in Warwickshire, and have been a resident of the UK for at least 3 years.  You will not be suitable if there could be a conflict of interest e.g. you are a serving police officer or Justice of the Peace (Magistrate).  All applications are subject to police vetting.