Commissioner to continue investment in policing in Warwickshire 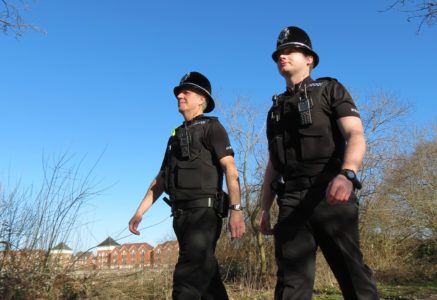 Warwickshire Police and Crime Commissioner Philip Seccombe is to ask the Police and Crime Panel to support an increase in Council Tax to help continue a programme of investment in policing which has seen officer numbers rise to more than 1,000, from a base of around 800 at the start of 2019.

A detailed budget report setting out how Warwickshire Police and projects supporting the Commissioner’s Police and Crime Plan are to be funded is being submitted to the Panel ahead of their meeting on Monday (3 February).

It outlines proposals to recruit an additional 41 officers across Warwickshire and invest heavily in the infrastructure which supports frontline policing to enable it to be more efficient and effective, delivering an improved service to the public.

Under the plans, the force’s Rural Crime Team would be doubled in size, enabling six officers to concentrate on issues in the north of the county and the same size team responsible for the south.

Similarly, 10 more officers will be deployed into patrol policing – five in the north and five in the south – if the plans are approved, while 12 more uniformed roads policing and firearms officer posts would also be created, to continue the focus on road safety and ensuring the safety of the public.

Extra detectives (13 posts) would also be deployed to a specialist Child Abuse, Trafficking and Exploitation team to boost the force’s ability to protect of some of the most vulnerable in society.

As Warwickshire Police transitions out of the alliance with West Mercia Police, the proposed budget also provides funding to establish a Warwickshire-focused Firearms Licensing team at Leek Wootton, as well as providing sustained funding for the revisions to force’s operational control room, which now has Warwickshire Inspectors taking command to provide local deployment to incidents, management of high-risk firearms incidents and ensuring higher standards of call taking.

Mr Seccombe will ask the Police and Crime Panel to support a 4.38% increase in the Police Precept, which is the portion of local Council Tax which is used to support policing in the county.

It would mean an increase of £9.99 per year on bills for an average Band D household across Warwickshire – less than 20p per week.

It follows a public consultation during January which showed majority support for a raise of at least 4.99% from respondents across the county, but also demonstrated concern about the impact of increases on those with smaller incomes.

Mr Seccombe said: “The recent announcement from the Government of additional central funding for policing was very welcome as it means for the first time in several years I can set a budget which does not ask local taxpayers to pay a greater amount than is being received from the Government.  It will give the force the resources it needs to continue putting more officers on the street while also investing in the crucial infrastructure needed to support them deliver an improved service to the public.

“I have listened very carefully to the views put forward by the public and local stakeholders during my recent consultation. It’s clear there was support for continuing to invest in policing in Warwickshire but also concern about the effects of large tax increases on Council Tax bill payers. That’s why my proposals for a balanced budget ask for a smaller raise than was consulted on but also includes measures to continue to boost the visibility of policing across the county, as well as investing in the supporting services that enable officers to be effective.

“There remain considerable cost pressures on Warwickshire Police’s budget, which is why my financial plan includes the use of reserves to support the programme of transformation that the force is undergoing as it transitions out of the alliance with West Mercia Police. We are still to receive any form of settlement from West Mercia, which means the costs of re-establishing functions in our county are having to be funded from existing finances while we continue our discussions with our counterparts.  I am continuing to press for a settlement which is fair to all and would help to alleviate some of these pressures in future years.

“Overall, I want to ensure that Warwickshire Police continues to move forward in a positive way, making the best uses of the resources available, while also funding projects and initiatives which support my Police and Crime Plan to help make a real difference to victims of crime and deliver a safer and more secure county. I will also continue to ensure that there is rigorous financial control so that every penny of taxpayers’ money is used to maximum benefit for the priorities that matter most to local communities.”

The Police and Crime Panel will debate the draft budget at the Shire Hall in Warwick on Monday, 3 February, at 10.30am.