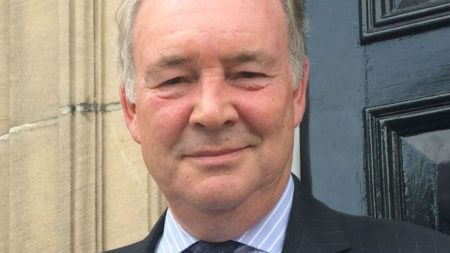 The Police effectiveness, efficiency and legitimacy (PEEL) report for 2021/22 was issued today (14 October) by His Majesty’s Inspectorate of Constabulary and Fire & Rescue Services. The report provides an assessment of how well Warwickshire Police is performing.

The inspectorate found that Warwickshire Police was adequate at preventing crime; its treatment of the public; protecting vulnerable people; developing a positive workplace and making good use of resources.  It requires improvement in aspects of the way it investigates crime, responds to the public and manages offenders.

Commenting on the report, Warwickshire Police and Crime Commissioner Philip Seccombe said: “Warwickshire residents want to know that their police force is well-run, provides effective policing and can be relied on to protect people from harm. That’s why I welcome the PEEL report by the independent police inspectorate, as its findings are helpful in shining a light on what the force does well and what needs to improve.

“The latest report describes a complex picture in which there is much good work being carried out across the county, at a time of rising demand from the public and against a backdrop of rapid change and transformation.

“It also shows the areas in which Warwickshire Police needs to do better; for example, how it identifies the vulnerability of victims at the first point of contact and how it then ensures that the right support and advice is then put in place. It also must improve how effective its investigations are and how they are supervised, ensuring it has the right people in the right place at the right time.

“These inspection findings do not come as a surprise and reflect the analysis my own office undertakes, as well as some of the concerns that the public raise with me. I have held the Chief Constable to account on these issues and so they are already recognised by the senior leadership of Warwickshire Police. As a result, I can provide reassurance that the force has detailed programmes both planned and already under way to improve its overall performance.

“These plans have been described as a cause for optimism by the inspectors but clearly it will be important to understand how effective these changes are. I will be going through the inspection report carefully with the force in the weeks and months to come to make sure that the improvements required are being delivered.

“I have also ensured that the Chief Constable has the right resources to deliver an improved service, by growing the workforce through the recruitment of additional police officers and making other investments to support the front line.

“I am pleased to see this recognised by His Majesty’s Inspectorate which finds that the force makes best use of its finances, with plans that are both ambitious and sustainable. This reflects my determination to deliver value for money for the taxpayer through a good and balanced budget and sound financial planning.

“The ingredients for future success are clearly there and while change is never easy, I know that everyone at Warwickshire Police remains deeply committed to further improving the service delivered to the public.

“Achieving this must be the number one priority and remains absolutely fundamental to increasing confidence in policing.”

Listen to this statement: