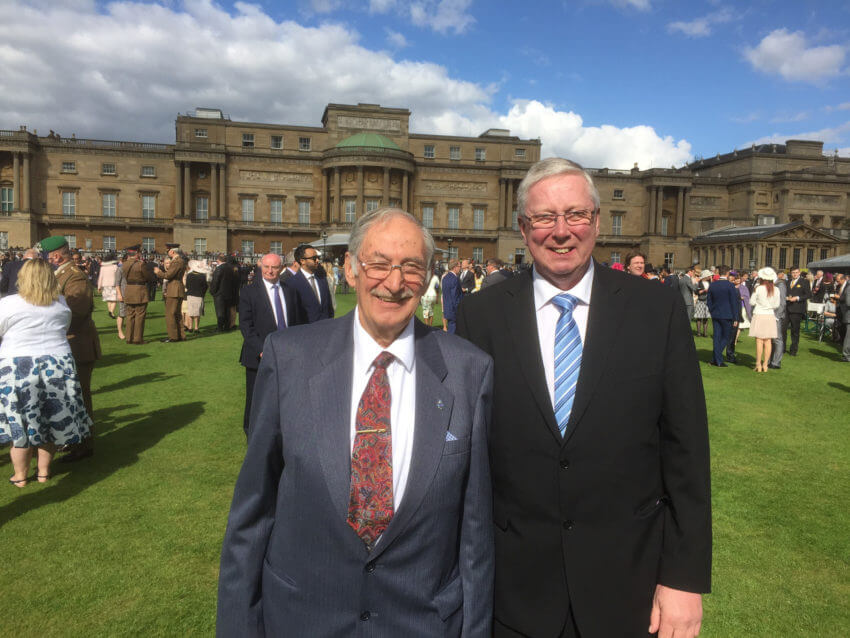 Warwickshire Police and Crime Commissioner Philip Seccombe is adding his congratulations to Nuneaton & Bedworth Neighbourhood Watch Association (N&BNWA), who have been honoured with the Queen’s Award for Voluntary Service, the highest award a voluntary group can receive in the UK.

Mr Seccombe, who provides £5,000 towards the Association’s core funding from his Commissioner’s Grants Scheme, says he is delighted that the role of the voluntary group has received wider public recognition:  “Neighbourhood Watch groups  overall make a significant contribution to keeping communities safe and providing extra ‘eyes and ears’ to help the police fight crime and N&BNWA are very active and fully deserving of this award.”

The Association is part of a comprehensive national network that supports the work of Neighbourhood Street Schemes, the grass roots, bottom rung element of neighbourhood watch that focuses on good old-fashioned neighbourliness and endeavours to protect member households from harm.

Steve Hammond, Chair, and Bob Chambers, Vice Chair of N&BNWA, attended a garden party at Buckingham Palace on 24 May where they met the Queen and other winners of this year’s award. Steve said: “We all feel that receiving this prestigious award is a tremendous achievement which recognises the hard work done by all the volunteers involved in N&BNWA. We all feel immensely proud of the recognition it represents.”

N&BNWA is one of 193 charities, social enterprises and voluntary groups to receive the prestigious award this year. The number of awards given to groups this year is slightly higher than last year, showing that the voluntary sector is thriving and full of innovative ideas to tackle community challenges.

The Queen’s Award for Voluntary Service is the highest award given to local volunteer groups across the UK to recognise outstanding work in their communities. The awards were created in 2002 to celebrate the Queen’s Golden Jubilee and winners are announced each year on 2 June – the anniversary of the Queen’s Coronation.

Association Treasurer Brian Lowe commented: “It has been a long, and sometimes challenging, journey for N&BNWA since the association was formed in 1999 following the collapse of Nuneaton Neighbourhood Watch. However, thanks to the efforts of a well-motivated band of volunteers, assisted by supportive partner organisations, those challenges have been met. We have now reached the point where much of the way in which we work is seen as good practice that may be emulated by others further afield. Our efforts have been recognised by other awards in the past but being selected for The Queen’s Award is without doubt our crowning glory.”

Association secretary, Heather Lowe, described receiving the award as “a mark of quality that will raise the profile of N&BNWA and in doing so encourage more people across the borough to get involved in Neighbourhood Watch.”

The Association will formally receive the award from the Lord Lieutenant of Warwickshire later this summer.

For more details of the group and how to get involved, visit http://nbnwa.org.uk/