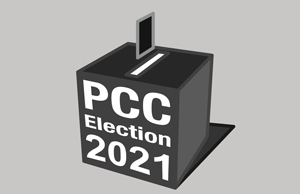 This section provides more information on the election process, candidates and how to vote.

A video produced by the Association of Police and Crime Commissioners explains more about the elections and why your voice counts:

The Electoral Commission will be responsible for providing guidance and setting out the process of the election.  The elections will be run by Local Returning Officers (LROs) in each local authority, with Police Area Returning Officers (PAROs) coordinating across each force area.  Both LROs and PAROs are independent officers, appointed from both central and local government.

To read more about election guidance for PCCs, including qualifications for standing as a candidate, please visit the Electoral Commission.

​The Police Area Returning Officer for the Warwickshire Police and Crime Commissioner Election is Chris Elliot of Warwick District Council.

You can also find out more information about the May 2021 local elections on the Warwick District Council website.

If there are two candidates standing at the election, the Police and Crime Commissioner is elected under the first-past-the-post electoral system, whereby the candidate with the most votes is elected.

​​You cannot stand for election if:

The full range of disqualifications is complex and if you are in any doubt about whether you are disqualified, you must do everything you can to check that you are not disqualified before submitting your nomination papers.  Full details can be found on the Electoral Commission website.

If you want to stand for election you:

See the Electoral Commission website for more information on standing as a candidate.

To vote in the election voters must be:

The majority of voters will vote in their usual polling station.

To find out more about the election, or to register to vote, visit the Electoral Commission website.