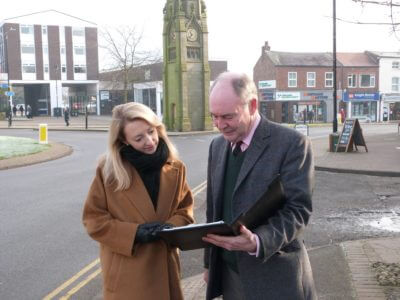 The Police and Crime Commissioner is committed to listening and engaging with the public to understand their concerns and issues and ensure that Warwickshire Police is meeting their needs.  As part of his Consultation and Engagement Strategy, the Commissioner undertakes a number of public opinion surveys each year to take soundings on a variety of topics. Consultations are also carried out in line with statutory obligations.

Details of public consultations undertaken by the Office of the Police and Crime Commissioner (OPCC) can be found below.

A consultation has been launched to give the public a say on proposals to boost funding for policing in Warwickshire through an increase in the police’s share of council tax in 2018/19.

Warwickshire Police and Crime Commissioner Philip Seccombe proposed a freeze on the amount people pay for policing out of their Council Tax – otherwise known as the Police Precept – for 2017/18.

The move would see the Police Precept pegged at the same levels as in 2016/17 for all Council Tax bands.

The Commissioner asked the public for their feedback on his proposal and a simple online poll was launched where residents can indicate whether they support the proposed freeze.

The poll ran during January 2017 and the results published to the Police and Crime Panel.

Feedback was received from a range of partners and the plan was updated accordingly.

The finalised plan was presented to the Police and Crime Panel in December.  You can find more details about the completed plan here.

Between July and August 2016, the OPCC ran a public consultation to understand the views of people living and working in Warwickshire on crime and community safety.