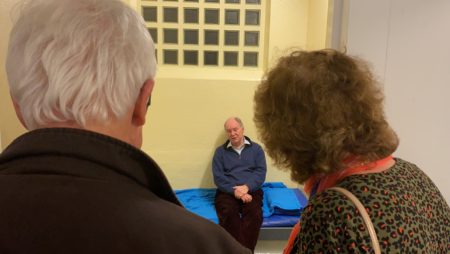 “Independent Custody Visiting is the well-established system whereby volunteers attend police stations to check on the treatment of detainees and the conditions in which they are held and that their rights and entitlements are being observed. It offers protections to both detainees and the police and reassurance to the community at large.”
— Home Office Code of Practice, 2003

Independent Custody Visitors (ICVs) are members of the community who have been selected through an interview and training process. They come from a variety of backgrounds and sections of the community. They must be over 18 and have no direct involvement in the criminal justice system, for example, magistrates, serving police officers or special constables are excluded. Their main duty is to visit police stations unannounced to check on the welfare of people in police custody. Visits are always undertaken in pairs.

Role of the ICV 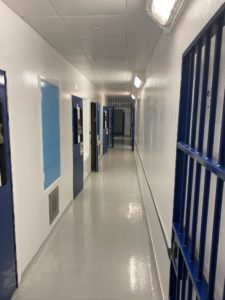 Custody Suites are visited weekly, with the actual timing being totally at their own discretion. On arrival at the custody suite, ICVs are escorted to the custody area. The detainees are identified by their custody number allowing the strictest application of confidentiality. Interviews with detainees are normally carried out within sight, but out of hearing of the escorting officer to ensure the highest level of personal safety.

A report is completed after each visit. It provides an insight into the running of the custody area at the time of the visit. Copies of the report are provided for the Police, Police and Crime Commissioner and the Independent Custody Visitor. Information provided is vital evidence on the environmental and welfare conditions in which the detainees are held. The information is analysed and the areas for action are highlighted.

Please see the report below which summarises the work of the scheme during the past year:

Responsibility for the provision of an Independent Custody Visitor Service

Responsibility for the provision of an Independent Custody Visitor Service transferred from the former Police Authority to Police and Crime Commissioners in November 2012.
A member of staff of the Office of the Police and Crime Commissioner has overall responsibility for the administration of the scheme, working closely with the Chairs of the two ICV Panels.

The Association assists the Home Office, Police and Crime Commissioners and other interested bodies to develop best practice for custody visiting schemes and to increase public awareness and understanding. Their website can be found at www.icva.org.uk.

Watch the video below with Independent Custody Visitor Janet Hodgson who gives more details about the role and why she got involved.

If you are interested in becoming a custody visitor, we are keen to hear from you.  Email the OPCC with your contact details and why you would like to be involved and we will get in touch when vacancies on our panels arise.

Could you be an ICV?

We’re currently actively recruiting more volunteers to join our Custody Visiting Schemes at Leamington Spa and Nuneaton.  If you have a drive and passion for ensuring people’s rights are maintained when they come into contact with the police, we want to hear from you.

Find out more about how you can apply on our Jobs and Opportunities page – but don’t delay: applications close on Sunday 27 June.