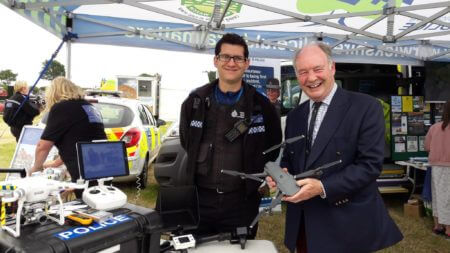 A visible police presence with strong welfare support deals effectively with local issues through innovative use of resources, delivering value for money for the taxpayer.

Successful policing requires a mix of the right numbers of personnel doing the right things at the right time, responding to the concerns that matter most to the local community. This must all be achieved while ensuring the best possible value for money for the taxpayer. These ingredients, if crafted correctly, add up to a strong and
resilient police force which is both effective at what it does and has the confidence of the people it serves.

Over the past five years I have been able to build strong foundations in all of these areas. Warwickshire Police has seen among the largest percentage increases in officer numbers, with record recruitment helping to restore figures back to pre-austerity levels. I now want to go even further, taking Warwickshire Police’s establishment to an all-time high of 1,100 police officers by the end of 2022 and more beyond. Extra officers not only help to boost police visibility but also allow the Chief Constable the capacity to strengthen policing across the board, including within specialist teams tackling more hidden types of crime.

As a former Army Reservist, I am incredibly supportive of the role volunteers can play in policing. I want to see an expansion of the Special Constabulary within Warwickshire, with efforts to recruit more members, who have the same powers as regular officers but give their time freely to support their local community. There are opportunities to support specialist policing activity and bring skills from other sectors into policing, while neighbourhood policing can be further bolstered with individuals who will remain local to their community.

Policing remains a demanding and at times difficult job. The impact that this has on the wellbeing and mental health of individuals and their families must never be overlooked. I will work with the Chief Constable to continue ensure that all of the workforce feels both valued and well supported, with the right level of help and understanding in place to assist them when times get tough.

This also means tackling the rising tide of assaults against police and other emergency services staff. Nationally, a police officer is assaulted every four minutes, while colleagues in the ambulance service and across health and social care systems report similar concerns. I will continue to advocate for strong measures at a local, regional and national level to ensure that those responsible are brought to justice swiftly, receiving the right sentences to make it clear that such behaviour is completely unacceptable.

In return for increased officer numbers and providing strong support for the welfare of the police workforce, the public expects to receive a high standard of service, wherever they may be in Warwickshire. While there may be different priorities and challenges in urban areas or more rural parts of the county, the desire for a fair and consistent approach to solving community concerns is the same.

I have listened closely to what communities have told me are the types of crime that cause them the greatest concern. It is important these are given particular focus by the force. For example, while burglaries have reduced considerably in recent years, it remains a particularly distressing crime for victims. It is vitally important therefore that the response from the police is right. I will ensure that the force places a priority on bringing offenders to justice, with practical support for victims to help them cope and recover. I will invest in improved forensic science services to support the investigation of these and other high-impact crimes.

There is also considerable concern about vehicle crime, particularly with the rise in the theft of vehicles with keyless entry systems. Warwickshire Police’s proactive team is having good successes and I will ensure that its work continues to be resourced effectively, along with increased efforts to reduce the numbers of offences taking place through better crime prevention education.

For other forms of acquisitive crime, such as theft and robbery, I will ensure the force has the technology and training needed to keep our streets safe, working with partners to reduce these types of offences from occurring. Theft from shops is a crime with real victims and must be taken seriously, especially where retail staff are confronted with violence. I will challenge the force to ensure retail crime is given an appropriate priority, with prompt responses where violence is reported or suspects are detained.

For our residents, Safer Neighbourhood Teams (SNTs) are the heartbeat of policing and a key point of contact. By taking a problem-solving approach and working with residents and other partners, they can find long-term solutions to a range of concerns. I want to see the role of SNTs protected and enhanced, ensuring they can engage effectively with communities, understand local concerns and explain what action they are taking.

In our rural areas there are other specific concerns, such as theft of agricultural equipment and livestock, heritage, wildlife crime and problems caused by large-scale fly-tipping. Through the Rural Crime Strategy I will continue to ensure these have a high profile, supporting the force’s Rural Crime Team to further develop and grow, with more people, training and equipment.

For our police to be as efficient and effective as possible, they must be backed up by IT systems that are modern and fit-for-purpose. I will deliver further major investments in IT to enable agile working and reduce bureaucracy, while also reflecting the changes to working practices, accelerated during the pandemic, which support mobile working. Better digital services and information sharing with partners will also result in better data to inform how the force is run and enable more sophisticated intelligence gathering opportunities.

The buildings and fleet used by the force also need to reflect the changing world around us. Through a full review of the police estate I will safeguard the presence of policing teams in our major population centres, retaining their physical footprint while also looking at ways to maximise how accessible they are to the public and ensuring we provide visibility in all parts of the county.

As a major employer and provider of services, Warwickshire Police must make its contribution to the climate change emergency. I will ensure that the force works to reduce its carbon footprint across its estate, vehicle fleet and in its supply chains, with the longer term ambition to minimise as far as possible the environmental impact of policing.

The overall output of a transformed force must be sustained improvement in its performance, in terms of how it investigates crime, supports victims and protects people from harm. I will take heed of Her Majesty’s Inspectorate reports and other forms of independent scrutiny, while also publishing regular performance reports on my website 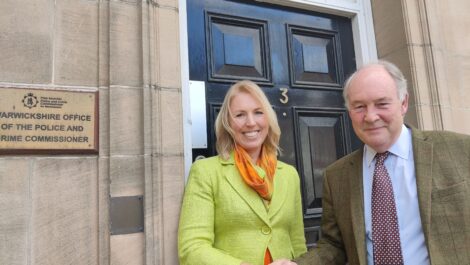 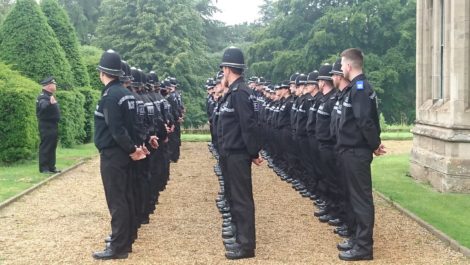