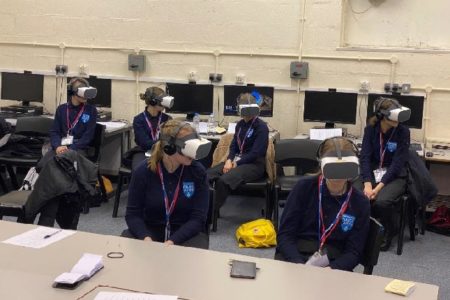 The headsets, which were purchased by Warwickshire Police and a number of partners, are designed to educate young people on a number of societal issues.

During a workshop led by Police Youth Engagement Team Officers, users are given an individual headset which shows a film in 360°. This headset allows users to fully immerse themselves within the scenario, which means it should leave a lasting impression on them.

The current film will be played to 15-18 year olds, and focuses on the issues of underage drinking and personal safety.

A local stage school provided the actors, who were supplemented by police cadets and the Youth Engagement Team.

Officers will begin visiting secondary schools in the county in the coming weeks to deliver the workshops.

A number of other films are also in the pipeline, which will help to deliver further interactive sessions on issues affecting young people.

Sergeant Paul Calver from Warwickshire Police, who led on the project, said: “We are very excited by this new concept, it is a much more immersive experience for users, with a modern way of getting important messages across to help protect young people.

“It has so far been extremely positively received, and the scope for the future is wide-ranging. We are extremely grateful for the support we have had from our partner agencies and other agencies involved in the project.” 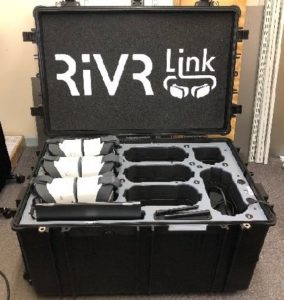 Warwickshire Police and Crime Commissioner Philip Seccombe said: “Often it can be hard to get important messages across to young people in a way that will prove engaging and long-lasting, but these Virtual Reality kits are actually great fun to use and help to get across the key points in a much more memorable way.

“It’s impressive how the technology makes you really feel part of the story so I think these workshops have real potential to deliver positive results.”

“As a medium, Virtual Reality will play a key role in raising awareness and supplementing behavioural change. I’m eager to see how impactful the 360° video is on the young people of Warwickshire. Credit to the Police Youth Engagement Team for using pioneering techniques to make a difference.’

Catherine Allen, who is a BAFTA-winning virtual reality producer and was a consultant on the project, said: “My experience with virtual reality has shown it is a powerful medium for both social and personal change. The experience launching today demonstrates this. It is incredibly forward-thinking for a police force and council to be experimenting with innovation in this way. I am sure they will reap the benefits of engaging with the technology so early on.

“I hope this experience inspires you today, it has been an honour to mentor on this project.”